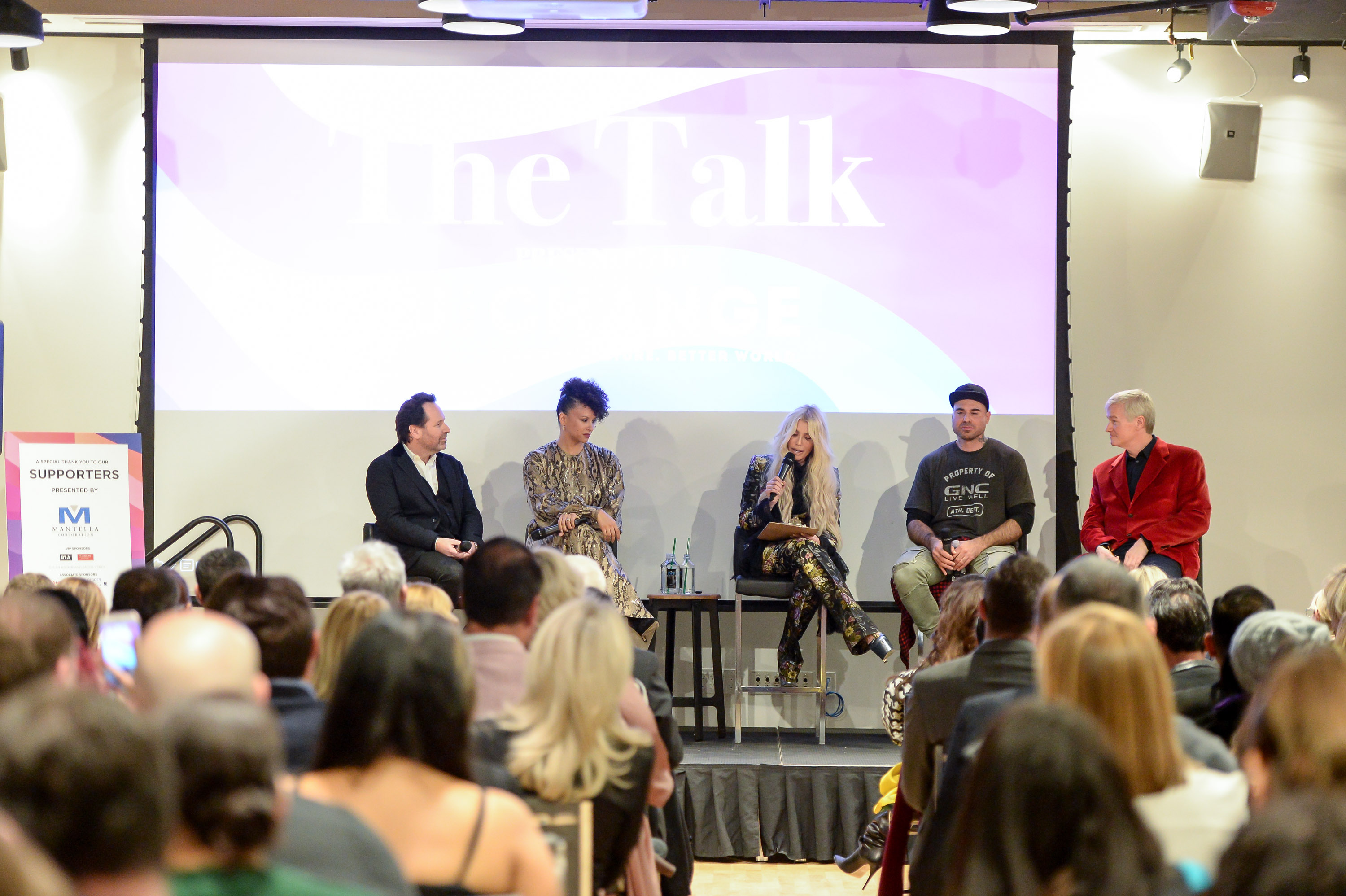 What We Learned From The Talk

The U for Change panel, The Talk, was set to the tone of creativity and forward change and encourages youth to have the self-confidence to contribute to an ever developing commitment of arts and culture in the city of Toronto.

As would be explained to the audience, U for Change started in 2009 due to the necessity for arts programs in the St. James area. It progressed to serve beyond 2,500 people in the GTA with educational and volunteer opportunities for the participants to engage in and grow.

Those participants, many of them alumna attending that night and giving commentary during the question period, remarked on the program’s ability to provide viable skills applicable to future employment positions in the creative industries (despite such industries’ reputation for being difficult to access, particularly for disadvantaged youth).

The support demonstrated by the audience made the significance of U for Change evermore evident – the event was sold out with roughly 300 guests present, each eager to listen and learn from the panellists who had come from humble beginnings and showed vulnerability and joy in sharing their stories that night.

Born when his mother was still 19 years of age, Paterson grew up in what his mother deemed his “mythology”. They would frequently debate the legitimacy of his claims to his childhood but he insisted on the ill-fitting environment for a young, growing child (drug dealers on the driveway fitting this definition). Having since become a technological entrepreneur in financial technology and media production, he is recognized as one of Canada’s leaders in technology and finance. He takes very little credit for one of his greatest successes: as the second investor of Lionsgate, he directs credit towards his business partner, the original investor. Together they faced many challenges over the years, struggles with leadership and a one-to-one business strategy which could have been interpreted as a difficulty. Instead, he chooses to share lighthearted anecdotes of the opportunities his investment has provided him with.

For example, having lunch with Jennifer Lawrence on the set of the Hunger Games and delighting in his daughters’ excitement at meeting co-star Josh Hutcherson. His mother you ask? She returned to post-secondary to earn her master, PhD and a career as a professor.

When asked for his advice, Paterson is reserved. He doesn’t want to suggest that his words be any more sparkly or special than any other individual in the room. Instead, he quotes the saying “when you fall off the horse you just have to brush yourself off and get right back on it.”

Alternatively, he shares an anecdote, name dropping as has been done by a few of the other panellists. Friend Kevin O’Leary asked his daughters the same question one evening, to which they replied enthusiastically:

“Number One: never depend on a man! Number two: never cut your hair short!”

Paterson laughs as he recalls the story, agreeing but restating that it’s mostly the horse thing. Personally, though, he wishes he was given the advice to think less, it gets in the way of productivity and causes fear and uncertainty. Don’t get him wrong though, sometimes you need to think, but getting out of your own head and being able to discuss with those you trust can help lead to a decision: just go for it! 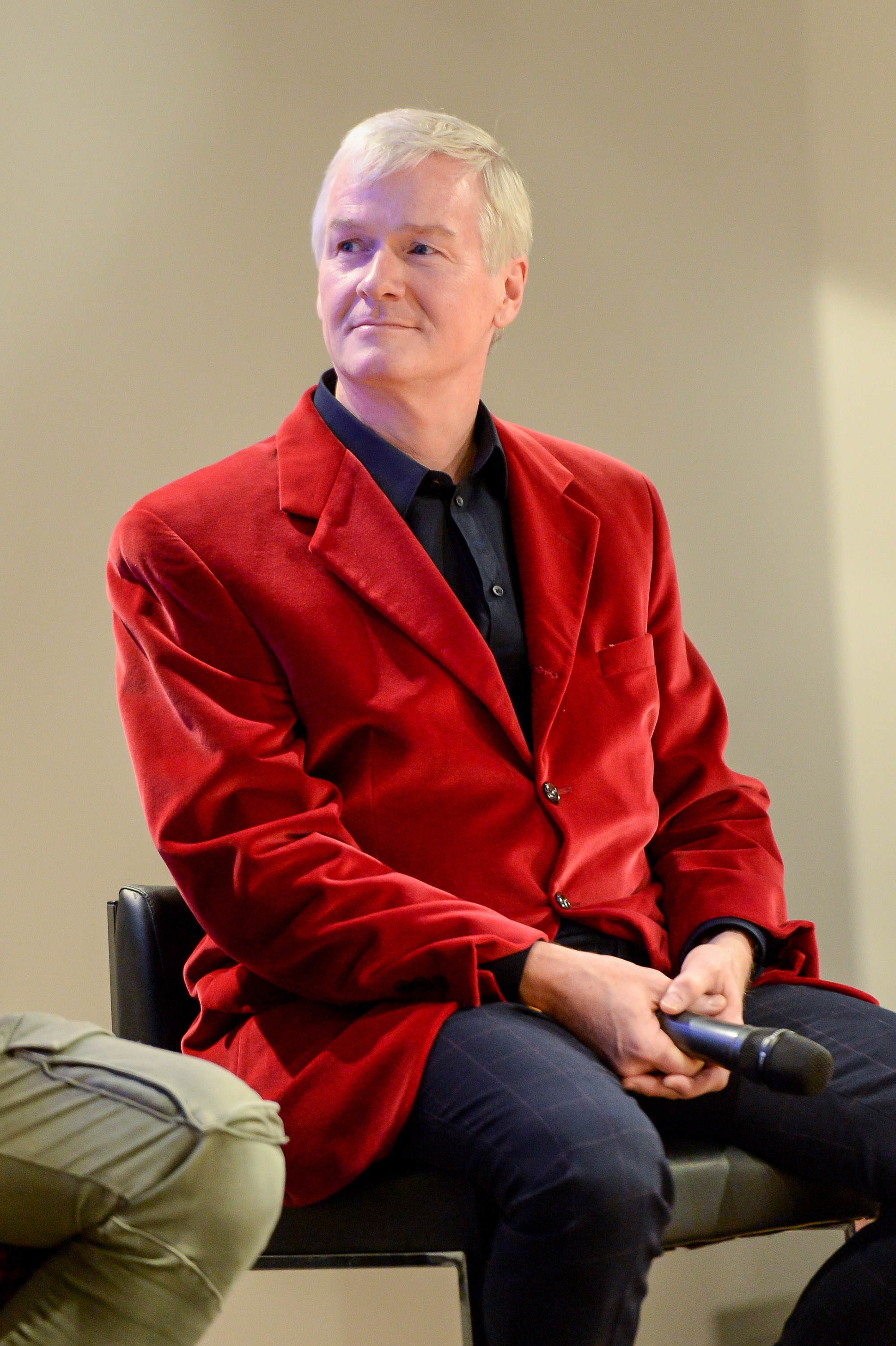 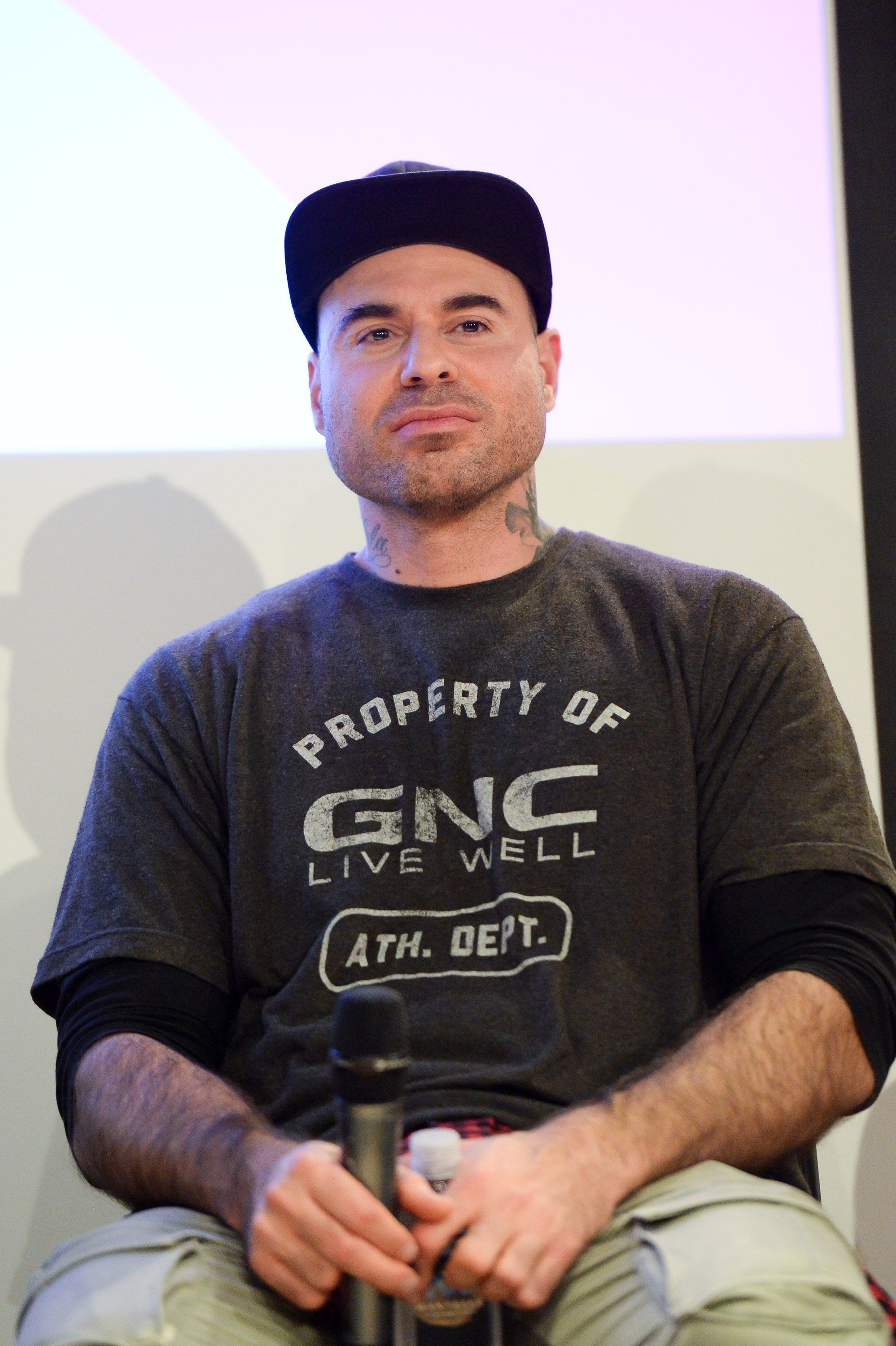 Kale jokes upon his introduction – he doesn’t like to tell a sob story! But he’s no exception to the thematic humble beginnings of his fellow panellists. He grew up in Blake and Boultbee, an area largely made up of subsidized housing, alongside four siblings in a single income family. It took serious effort on his part to position himself with an outlet to the world of fashion and study at St. Martin’s. The Canadian fashion designer takes a conceptual approach to design with high attention to decorative details. He has been featured in various international publications such as Women’s World Daily and Dazed and Confused, and won the award for Women’s Wear Design at the 2015 Canadian Fashion Awards.

When asked by moderator Sylvia Mantella [Chief Marketing Officer, Mantella Corporation] on how he handles the pressure to stay relevant, Kale replies that consistency in research and development, in addition to brand image continuity, are key.

For Kale, working in fashion was always the end goal. Growing up without tv or cable meant finding other ways to keep busy and entertained, so when his brothers would go outside and play road hockey he became fascinated with learning the mechanics of his mother’s sewing machine. He recalls being captivated with the way she would sew as though she were cooking. Learning the mechanics of the machine was fundamental in his progression into sewing and design.

He states the importance of focusing without distractions when you have an idea or perspective, that’s the main thing. When getting started, Kale suggests that young entrepreneurs stay focused and take their time while establishing identity and perspective. In Kale’s eyes, staying with an idea is the most difficult part of the ideation process. One must persevere and continue to project authenticity through long work hours and pressures while working within an industry that was one believes to liberating but ultimately has a hard reality. He closes by remarking on the importance of building a team which compliments itself and ultimately acts as a group of individuals capable of leaning on and trusting.

Alternatively to Kale, Vanessa Craft remarked on the significance of coming from a sob story. She came from Western Road’s humble beginning and she did not want to escape, per se, but persevered in an industry which was not accessible within the four walls of her community. During her childhood, her parents provided an emotional level of support through the literature which lined the walls of her childhood home. They raised the first black Editor-in-Chief of any ELLE Magazine globally. Craft joined ELLE in 2011 and has garnered 6 fashion-related awards since, but to evaluate her success based on this alone would be inequitable.

At 18 years of age, Craft moved to London, England in order to pursue a career in writing.

It was the first time she had been on a plane and with the $800 she had saved from a job at TicketMaster she booked a hostel for her first night. All her luggage was stolen that evening. Regardless, she began working at a temp job that put her typing skills to use. She continued to work office jobs to pay the bills and found her break unexpectedly when she won a writing contest while pursuing post-secondary education in the field of fashion.

“Once you have something like the Sunday Times on your resume that opens up a lot of doors!” 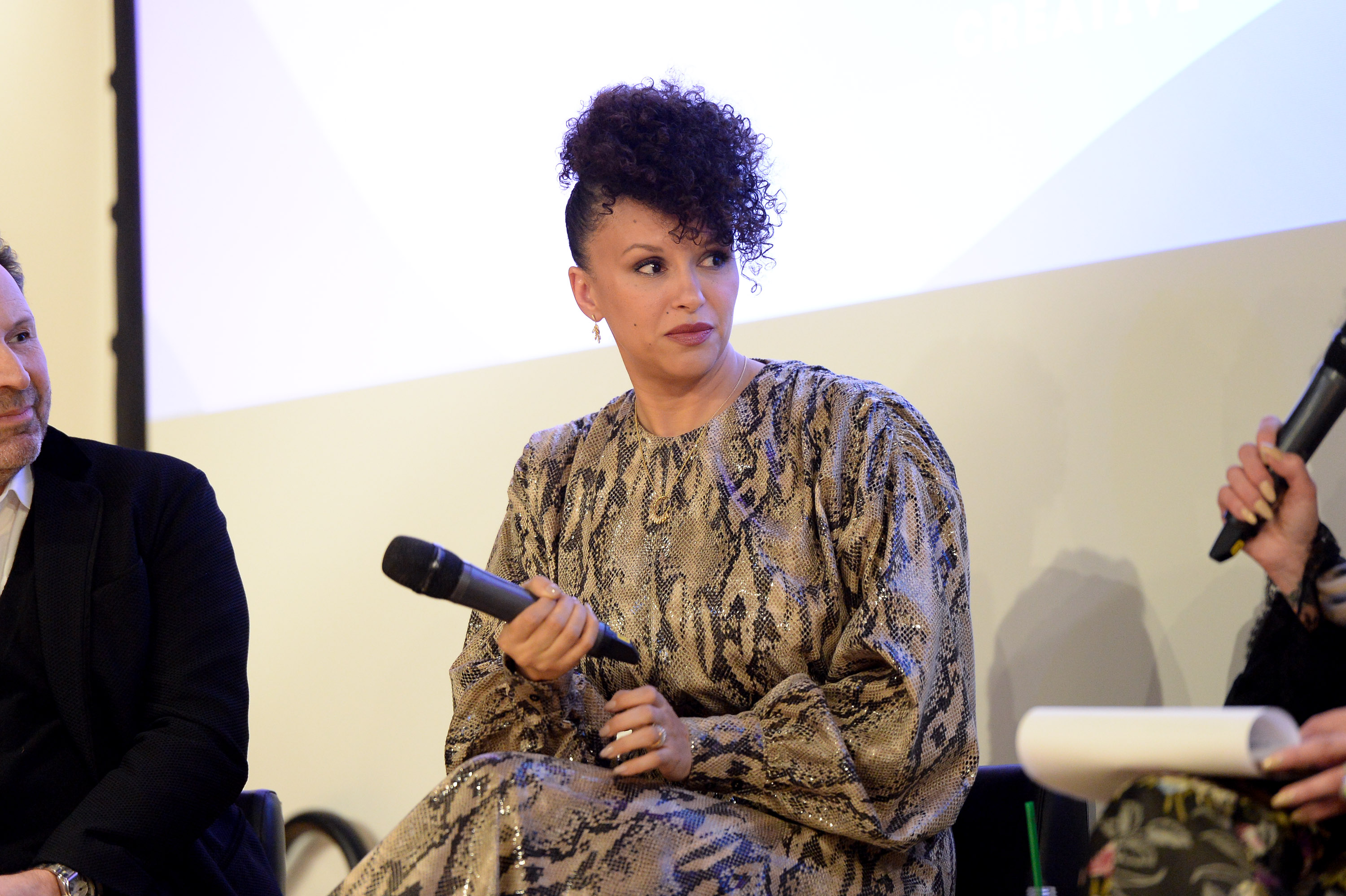 However, it was still only the beginning of her career in the fashion industry and she still struggled with certain challenges of isolation in this new environment. She was completely unprepared for these unfamiliar experiences. She details a story of when she stumbled over which water glass was her own at a seemingly casual corporate event. She speaks with grace as a panellist however, and when asked about the intentions of the industry towards diversity, she explains the benefits for both corporate enterprises as well as its consumers. Diversity has the capability of providing something for everyone, and people want to support companies who demonstrate active participation in these shifting values. However, she notes the difficulties associated with being the only person in the position, and furthermore the importance of financial diversity as well.

Kale interjects: “It’s not that it has to be a conversation, it’s that the conversation still exists.”

And when asked the same question regarding whether it is more difficult to get started or keep going, Craft’s answer is the same as Kale’s. She explains that you don’t know the road ahead and when you do get there you have things to lose. While you climb the ladder, you must recognize that whatever you want to achieve, you must do the work no one else wants to in order to produce the results no one has. And as for regrets? She didn’t go to that open audition for the Spice Girls! But on a more serious note, she regrets having felt as though she had to dull her sparkle to make others feel comfortable, going to the extent of purposefully failing her exams despite knowing the material. She has since learned that:

After all, what does competition have to do with an individual and their aspirations?

When Mantella asks Barry Avrich to open up about his own beginnings, he charismatically says:

“How vulnerable do you want me to be? I grew up in Scott’s house!”

Avrich grew up in Montreal with incredible parents but not a lot of money, and had difficulties being somewhat less than an excellent student. He remembered fondly the many words shared with him from his father who told him not to worry too much about school. As they both developed and shared a love for the movie theatres, using the little money they had to purchase tickets, his father advised him,

Now a successful Canadian director and advertiser (among other roles), he and his teams have released several big-ticket movies in the past year, such as The Reckoning, and Blurred Lines. But that was years after being inspired to pursue advertising by his uncle who pointed out the opportunities in the Canadian entertainment industry during Avrich’s youth. So, he attended the Ryerson Polytechnic Institute for Film and graduated with a job in the advertisement industry. Following the completion of an MBA in show-business, he wanted to segway from advertisements to film and went on to do just that.

When asked what the worst moment of his life was, Avrich replies with humbling honesty;

He begins to explain a horrendous business situation in which his trusted business partner stole millions, and Avrich, the face of the company, had 60 employees depending on him. The escapade resulted in a prolonged leave from work in which he received support from friends and family, one remarking on the truth of every great picture having a negative. Avrich affirms that, though some moments are difficult (alluding to the fact that although it has been 25 years, he still greatly misses the father he lost), he would be satisfied if he woke up with only 24 hours left. If every day you live, laugh, love and give something back, then you have lived. 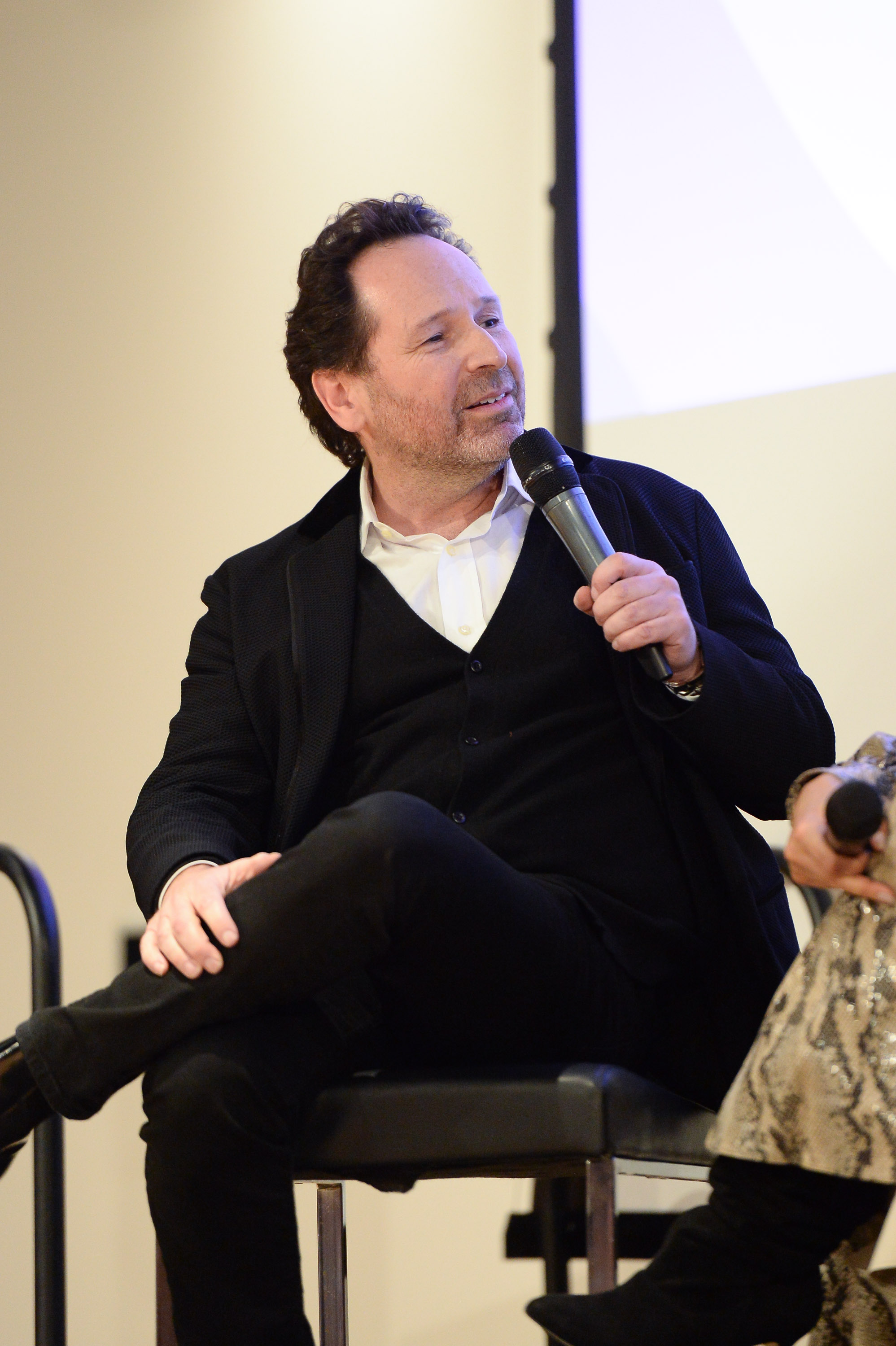 Towards the end of the event, Sylvia Mantella shares a story she told her children while they were young. A scorpion asks a suspicious frog for help in crossing the water. The scorpion inevitably stings the frog, admitting that it is only his nature as a scorpion.

“When people show you who they are, believe them,” she concludes.

The Talk was a wonderful event in which the four panellists took the opportunity to show and share joy, hardship, and honesty with an audience who could do no less than applaud liberally at the experiences shared that evening.

** All photos by George Pimentel 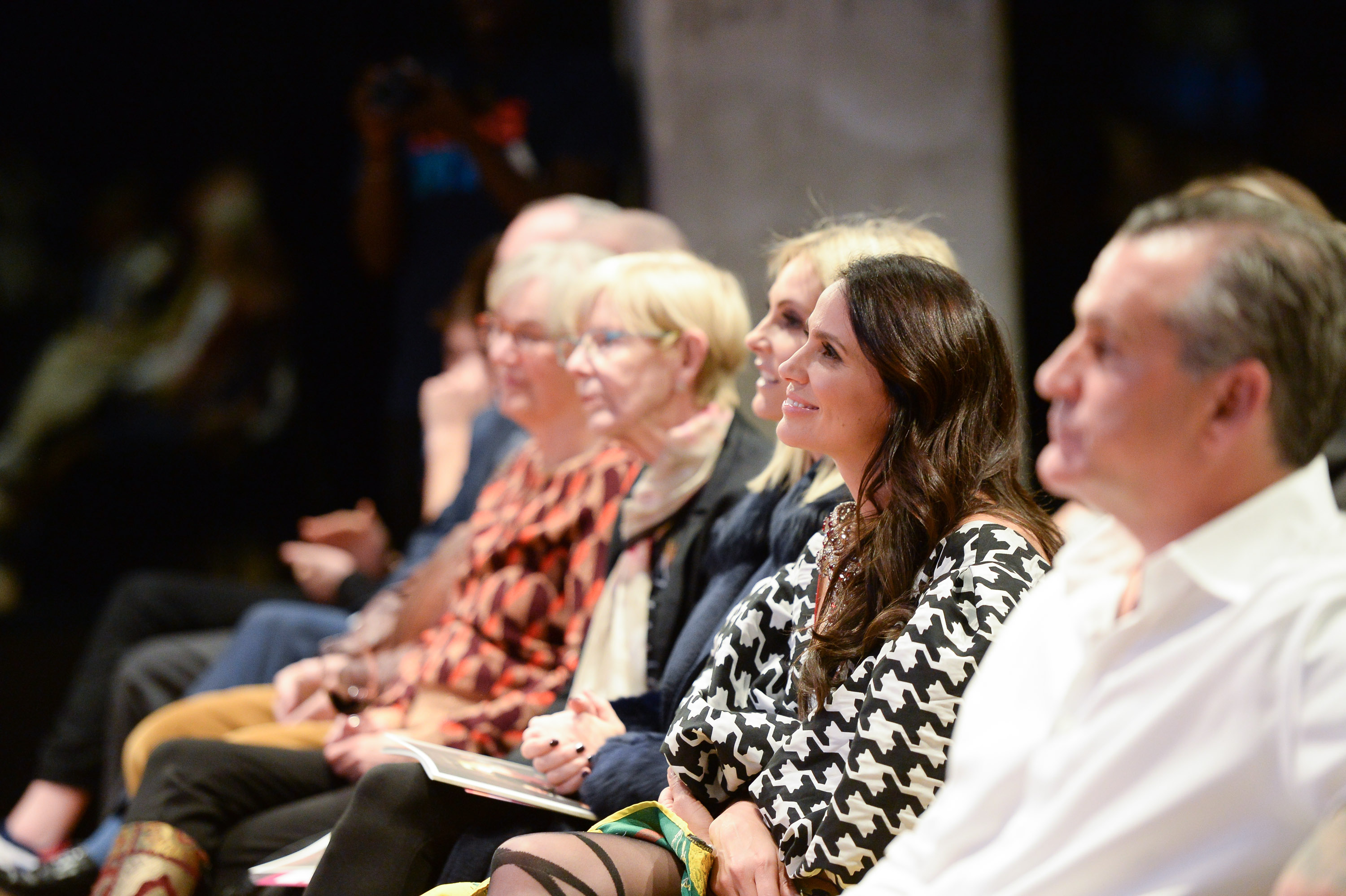