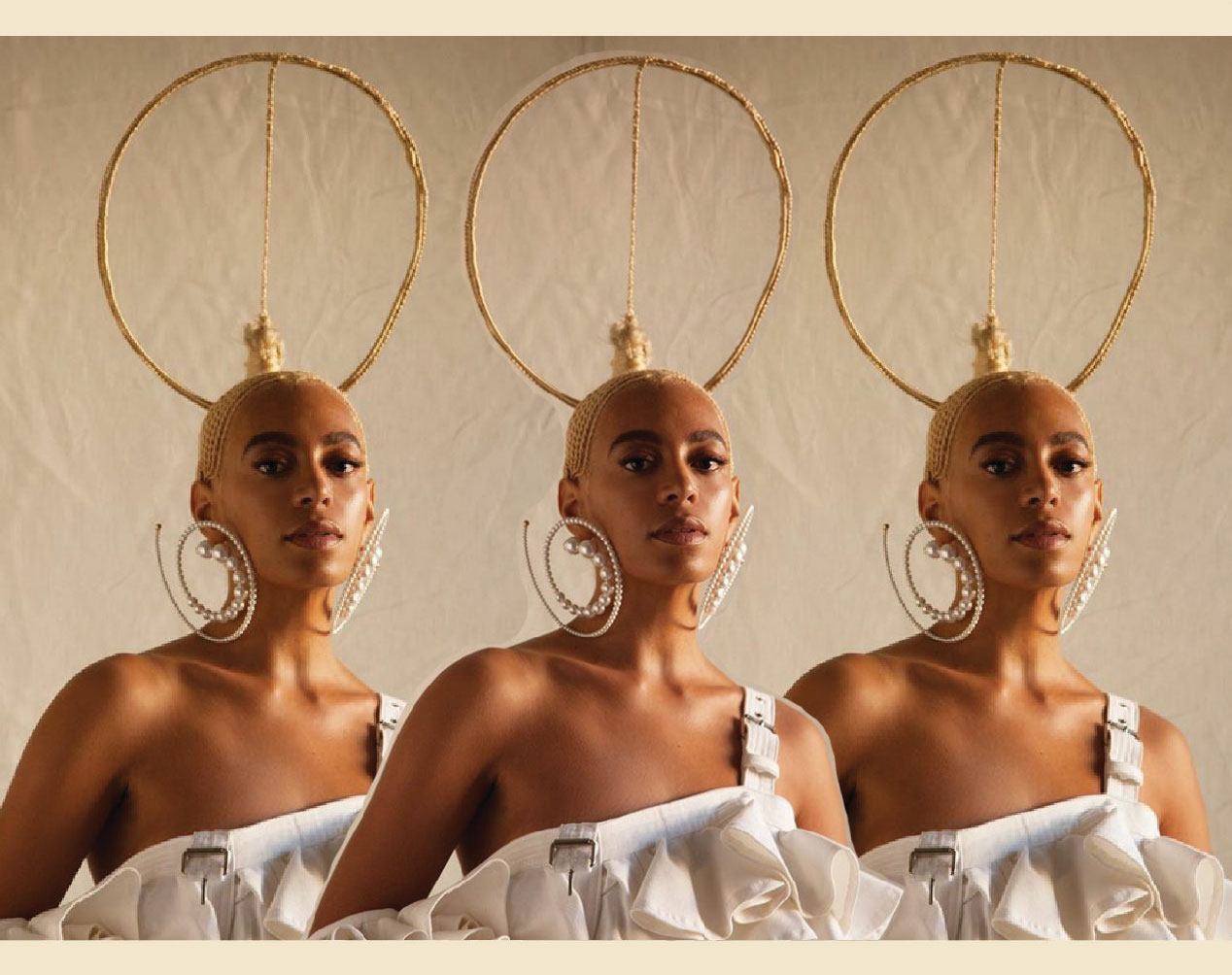 Bitch, Don’t Touch My Hair: An Ode to Fashion’s Disrespect

The other day I was scrolling through Solange Knowles’ Instagram profile, as I would usually do when I’m avoiding school work or just in need of spiritual guidance. Then I came across a picture posted on October 19th from her photoshoot for fashion and beauty magazine The Evening Standard. This picture showed the singer with her hair braided into a crown-like circle forming above her head. My first thoughts were “wow, this is incredible!”, and of course I wanted more, because who wouldn’t want to see more pictures of the Cranes in the Sky singer looking glam AF? However, when I investigated the magazine’s platform, the image the magazine chose to go with was the same photo, sans crown. Knowles called out the magazine in an Instagram post saying “dtmh” (don’t touch my hair).

The editing job could be written off as a clash of creative differences, but underneath the editing of Knowles’s hair carries the fashion industry’s racist undertone of forcibly removing aspects of black culture from the black people who embody them. Knowles’ crown not only represents an interesting hair design move, but a demonstration of the intricate beauty of black hair; something that black women have been historically denied the chance to do. As feminist theorist bell hooks details in her essay “Selling Hot Pussy: Representations of Black Female Sexuality in the Cultural Marketplace,” black women’s physical features were commodified and objectified from the get go in the days of slavery. Causing them to lose autonomy over what made them black women.

The past few years have been important culturally, as now more than ever black people are fighting back against racist social constructs that never really disappeared. They are also celebrating themselves more than ever. For example, Knowles’s album “A Seat at the Table” is itself a call to arms for black people everywhere, advised them to champion their culture, individuality, and each other, in a racist society. For the Standard to edit out the crown is not only tone-deaf but it’s stalling progress, if not sending us backward. By no means is this an isolated occurrence. The fashion industry for decades, has had a torrid relationship with black hair. Images from a recent J-Crew photoshoot went viral after many claimed the hair of one of the black models looked disorderly, as if the hairstylist didn’t even try (The Grio, 2017). Models at runway shows have consistently called out brands for hiring hairstylists who don’t know how to work with black hair; leaving them dissatisfied and with damaged hair or scalps.

This demonstrates just one of many ways fashion’s subtle missteps when it comes to the authentic inclusion of race, has larger impacts on social perceptions. It demonstrates that white people and the attributes whiteness embodies is still considered the norm, the ideal. It leaves black people in the position of second class citizens as a lack of representation signals a lack of importance and consideration. The message that is sent when scenarios like this happen is that the mainstream world does not accommodate people who are not white. This goes beyond hair stylists and Photoshop snafus; it spreads into other areas of society too. Ava Berkovsky, cinematographer for the HBO show Insecure, said in an interview that when she was in film school “no one ever talked about lighting nonwhite people”. Removing black people from these conversations forcibly removes them from these spaces and discourages them from being able to share their talents. It discourages black people from being considered and thinking of themselves as complex human beings worthy of inclusion in these spaces.

Give Your Girls A Seat at the Table, Actually