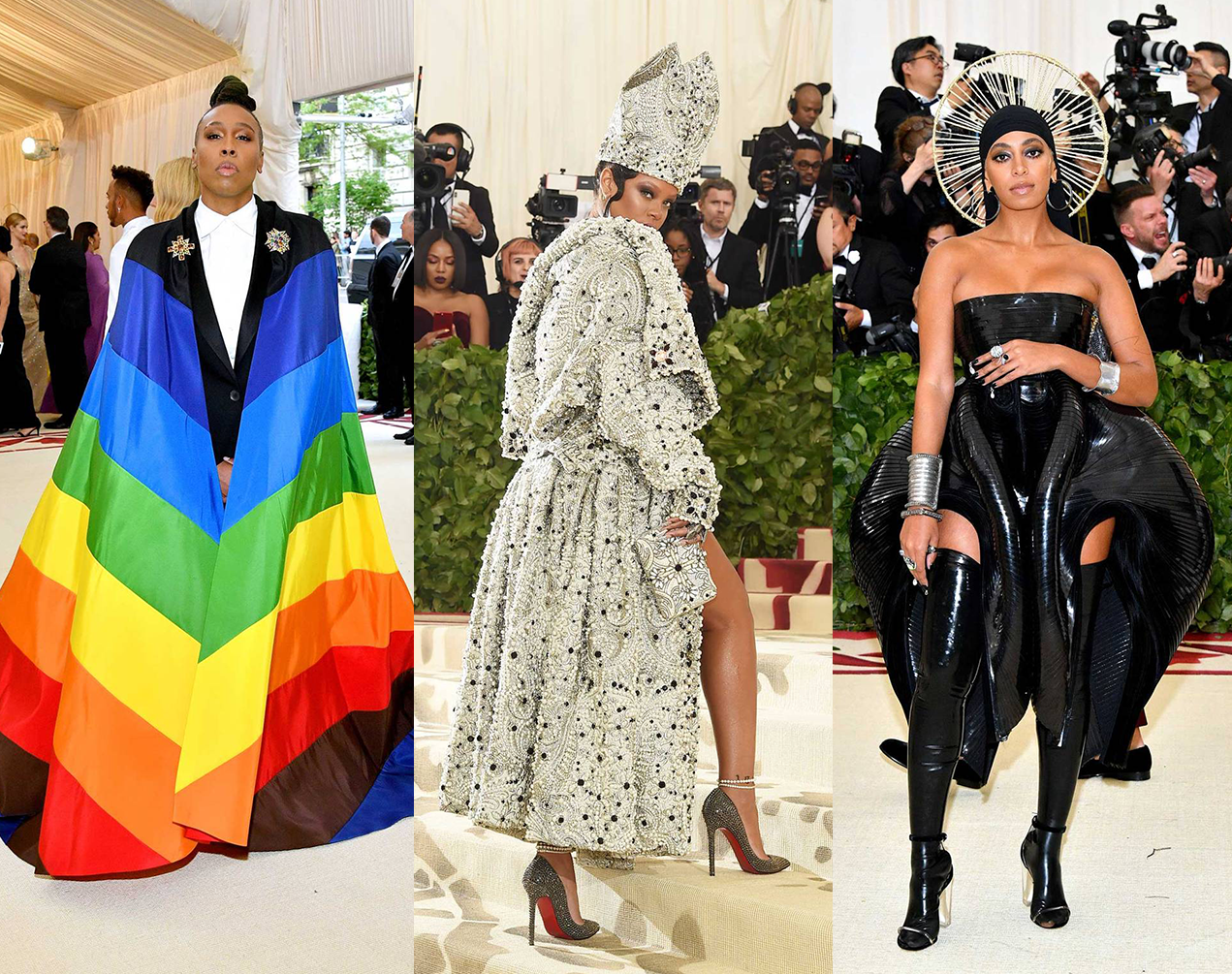 Every year, the first Monday in May marks fashion’s rebirth, as the Costume Institute at the Metropolitan Museum of Art in New York City unveils its new exhibition. Most years The Met attempts to address hot topic issues that relate to fashion as a means to bring attention to historically relevant works of art, while inspiring critical thoughtful dialogues about the spaces within our lives (and histories) that fashion holds. Previous exhibitions have looked at the presence of technology in fashion, as was with the “Manus x Machina” exhibition of 2016, China’s influence on fashion history as with “China Through the Looking Glass” of 2015, and “AngloMania: Tradition and Transgression in British Fashion” of 2006. Other exhibitions have spotlighted a particular designer/designers whose work has impacted the fashion cannon profoundly. Last year’s exhibition spotlighted the career of Rei Kawakubo, whose work at Commes des Garcons has made every fashion lover contemplate the relationship between art objects and fashion at one point or another. In 2011, Alexander McQueen was the subject of “Savage Beauty”, in 2007 it was Paul Poiret in “King of Fashion” and 2005 celebrated “The House of Chanel”.

This year, the Met attempted it’s most critical and controversial exhibition yet.“Heavenly Bodies: Fashion and the Catholic Imagination” explores the relationship between fashion and the Catholic church. The exhibition endeavours to place historical works of religious art in dialogue with some of fashion’s most religiously charged / inspired garments. Designers on display include Cristobal Balenciaga, Versace (who is a sponsor of the exhibit this year), Maison Margiela, Alexander McQueen, Christian Dior and Chanel (among others). According to Vogue, artworks included are “extraordinary ecclesiastical pieces [that] will highlight the enduring influence of religion and liturgical vestments on fashion” while calling attention to critical dialogues surrounding the (traditional) hyper-conservative Catholic way of life. As expected, but by no means less inspiring, the Met’s Chief Costume Curator Andrew Bolton left no detail unaddressed. The exhibition itself will be showcased at three of the Met’s key locations (A Holy Trinity if you will?): the Anna Wintour Costume Center, the medieval galleries at the Met’s Fifth Avenue location, and the Cloisters. 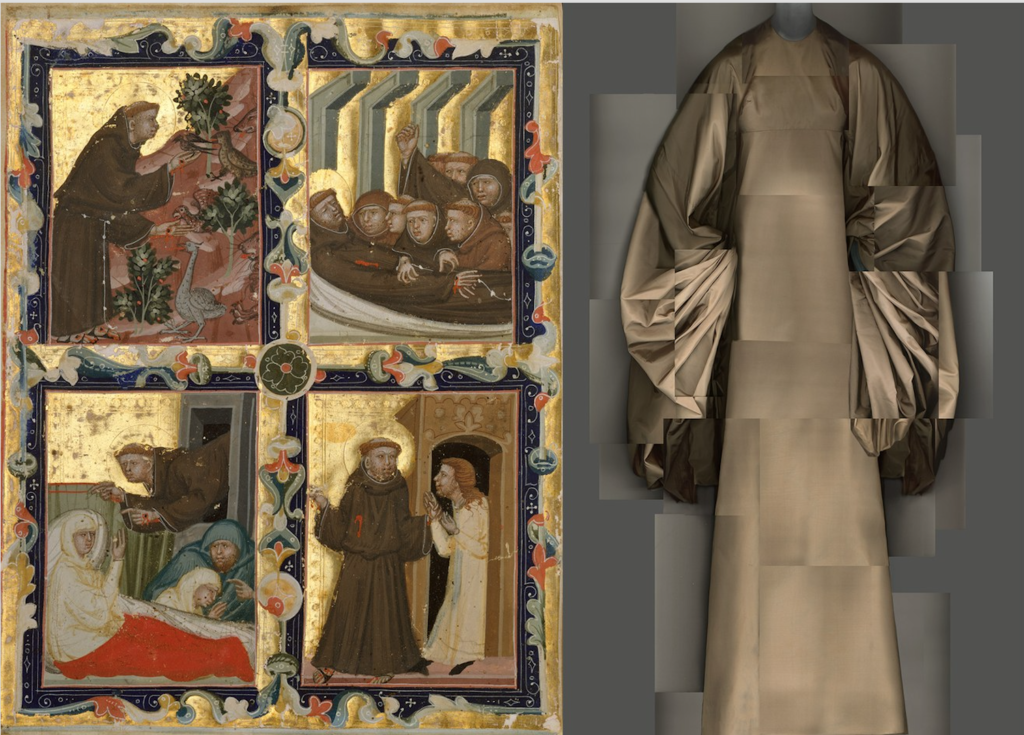 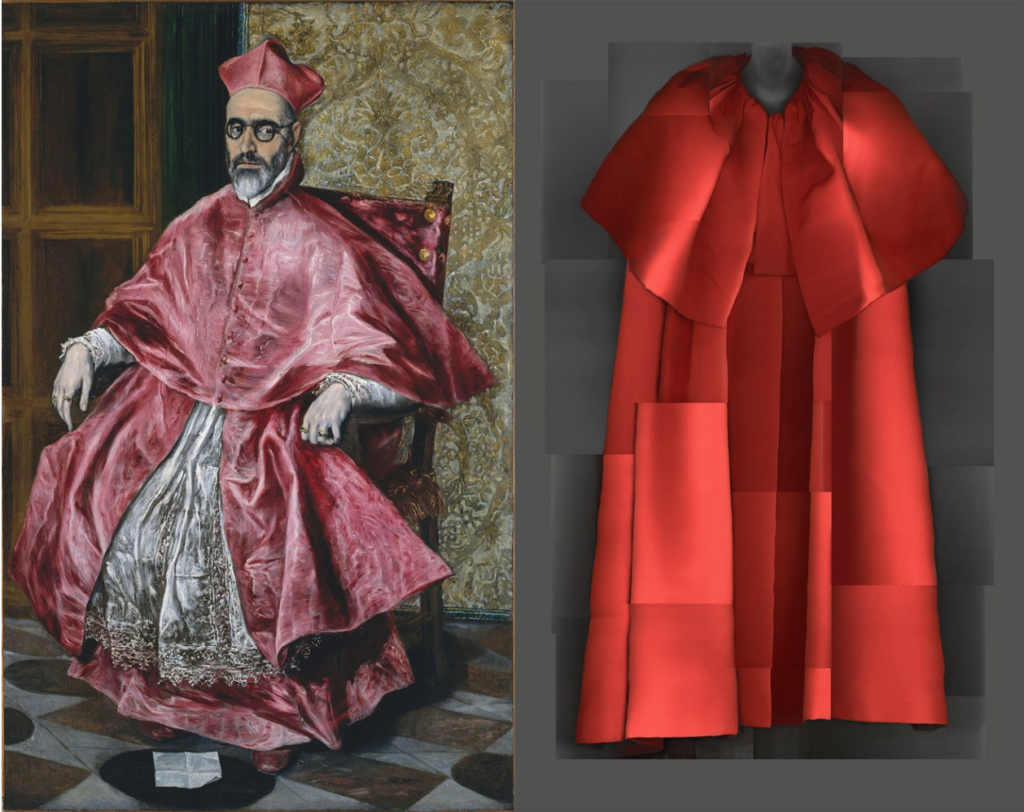 Black Women Said F*** You to the Catholic Tradition

This exhibition not only places fashion within the broader context of artistic production (such as sculpture, painting and architecture) but it also inspires (and forces) a challenging discussion around modern day religion in general. These dialogues were seen on the red carpet as A-list attendees unveiled their sartorial interpretations of this year’s theme. Those who stole the sartorial spotlight, in our opinion, are individuals who not only stuck to the theme, but used their outfits to make commentary or criticize the theme’s guiding principles. Overall the guests who shone the biggest spotlight, and turned the theme on its head, were Black Women. Rihanna, Lena Waithe, Solange, and Zendaya not only reflected the Catholic theme, but they fucked with everything “the Catholic tradition” stands for.

Rihanna came dressed in head to toe Maison Margiela, dressed as the Pope. Catholicism bars women from being considered for Pope-ship and thus her white and black beaded was a radical clap-back at the Vatican’s tired, patriarchal ways. Within the Catholic tradition women are barred from ordainment, which allows them to be put in line for potential Pope-ship. Rihanna, in dressing as a glamorous female Pope not only made our fashion hearts go aflutter, but she presented an image of Catholicism that celebrates women.

Lena Waithe arrived in a rainbow cape, symbolic of all the LGBTQIA individuals who are often judged, exiled and demonized by the Catholic community. Dressed in a pant suit as well, Waithe gave a big middle finger to everything Catholicism expects of its devotees, and her activism on this week’s red carpet challenged the rights of women and queer people to feel safe within the Catholic religion.

Other black female attendees used the theme as an opportunity to re-visualize some of Catholicism’s most heralded figures. Zendaya rocked a Joan of Arc inspired ensemble styled by Law Roach. Any quick Google search will tell you that Joan of Arc, the Roman Catholic Saint and French heroine, has been predominantly depicted in historical imagery as a blonde or brunette white woman. Zendaya’s re-imagination not only adds new visual iconography to the cannon of religious art by presenting an alternative idea of what Joan of Arc could look like, but it also re-imagines black women as heroines who possess strength, power  and prestige. Anyone who knows their history can understand how this statement flies in the face of the Catholic tradition; as the Roman Catholic church pillaged many African villages throughout the late early 19th and 20th century as a means to eradicate their power and culture.

And finally, no one can forget Solange. The artist, performer and activist showed up half way through the red carpet and gave us an entirely new image of a religious figure. Traditional Catholic accessories such as the halo and veil/coif (a common headdress worn by nuns) were present in Solange’s outfit but they were re-configured to reflect items central to black culture. Solange’s veil was replaced by a durag which was topped off with a blonde braided crown – an accessory pioneered by black women. Solange’s entire look was not only on theme, but was a visualization of Catholicism that none of us can ever un-see.

Other Amazing, On Theme Attendees

Other standout looks from the red carpet, that were less politically charged, but equally magnificent are as follows. Do you agree that this year’s theme is as glorious as it is contentious? Did any of your favourite looks not make our list?