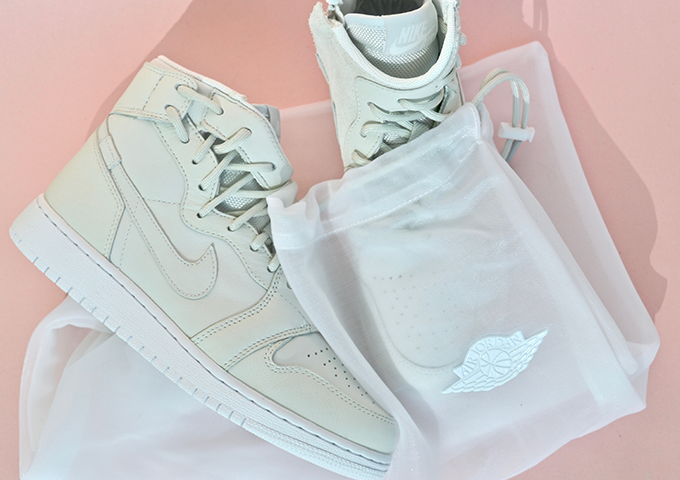 The Nike 1 Reimagined: A Collection by Women for Women

It’s 2018 and Nike and Jordan Brand are finally releasing women’s only collections. If you aren’t a sneaker head like most of us here at StyleCircle, you may not have seen the latest Nike Women’s release. The 1 Reimagined is Nike’s newest drop just for women. The release contains 10 newly reimagined and redesigned Nike classics. The release contains 5 personalities including Jester, Rebel, Lover, Explorer, Sage which emulate five ideals that are present in today’s progressive female fashion landscape, said the Nike designers. Each pack is a new design of an Air Force 1 and an Air Jordan 1. The line was designed by 14 amazing female designers at Nike, which has never been done before. The women that designed the collection contain a group of colour specialists, shoe designers, and shoe innovation designers.

Women’s shoe launches normally contain stereotypical female colour-ways and branding that marketers believe will entice the female market. These tactics they think will resonate are often infantilizing and miss the mark of where women actually are. The 1 Reimagined changes the landscape of women’s sneakers and has been called the 10 for women (Off White c/o Vigil Abloh). The designs are neutral and can easily be added to anyone’s wardrobe. The collection also has been recognized for achieving a number of firsts, including the tallest stack height on an Air Force 1 (AF1 Jester XX), the first-ever Air Force 1 Mule (AF1 Lover XX), and first ever corset lacing (AF1 Rebel XX).

The release is a first for women's sneaker culture. Women’s sneakers are normally pink and purple colours, forcing sneaker heads alike to scour the web for the boys sizing. This stereotypical women’s drop can be seen directly in the new “Future of Her” Air Jordan 1 launch. The release features Air Jordan 1 Retro High in pastel pink, purple, green and blue colour-ways. Considering the drop is called the “Future of Her” it seemed a bit contradictory for Jordan Brand to drop these colour-ways, especially so close to the 1 Reimagined release date. I think that most women can agree that we want sneakers that are made for women, the classics but in women's sizing, and sneakers that represent and cater to the female sneaker head. The 1 Reimagined release though is a step in the right direction. It pushes the limits of what Nike can create and show for women’s sneakers. The collection was also a bit more accessible than other hype Nike releases and was relatively easy for women to purchase. It seems to be apart of sneaker culture to hunt and search the web for limited number releases, but when these sneakers aren't even available in women's sizing it can be impossible for women to gain access. Jordan brand continuously groups women with children. Brands need to get the “shrink it and pink it” idea out of their heads. This past fall Aleali May was tasked with designing her own sneak for Jordan Brand. This sneaker did exceptionally well and made many “Top Sneakers of 2017” lists. Not only were women lining up for the sneaker but so were full grown men. Release after release it is shown that women want colour-ways that seem to only be available in men's sneakers. The female sneaker head has evolved over the years, and have become more informed on trends and are more fashion driven. As Anna Bediones of Sole Collector said perfectly, "The sneaker culture is flourishing and even if it took up till 2018 for Nike and Jordan Brand to go all-in on a women’s collection is it a long-awaited, perfectly timed statement of the state of our community. The time is now". The collection is available on the Nike SNKRS App and in select Nike Retailers (i.e. Nike Store, Opening Ceremony and nakedchp.com).