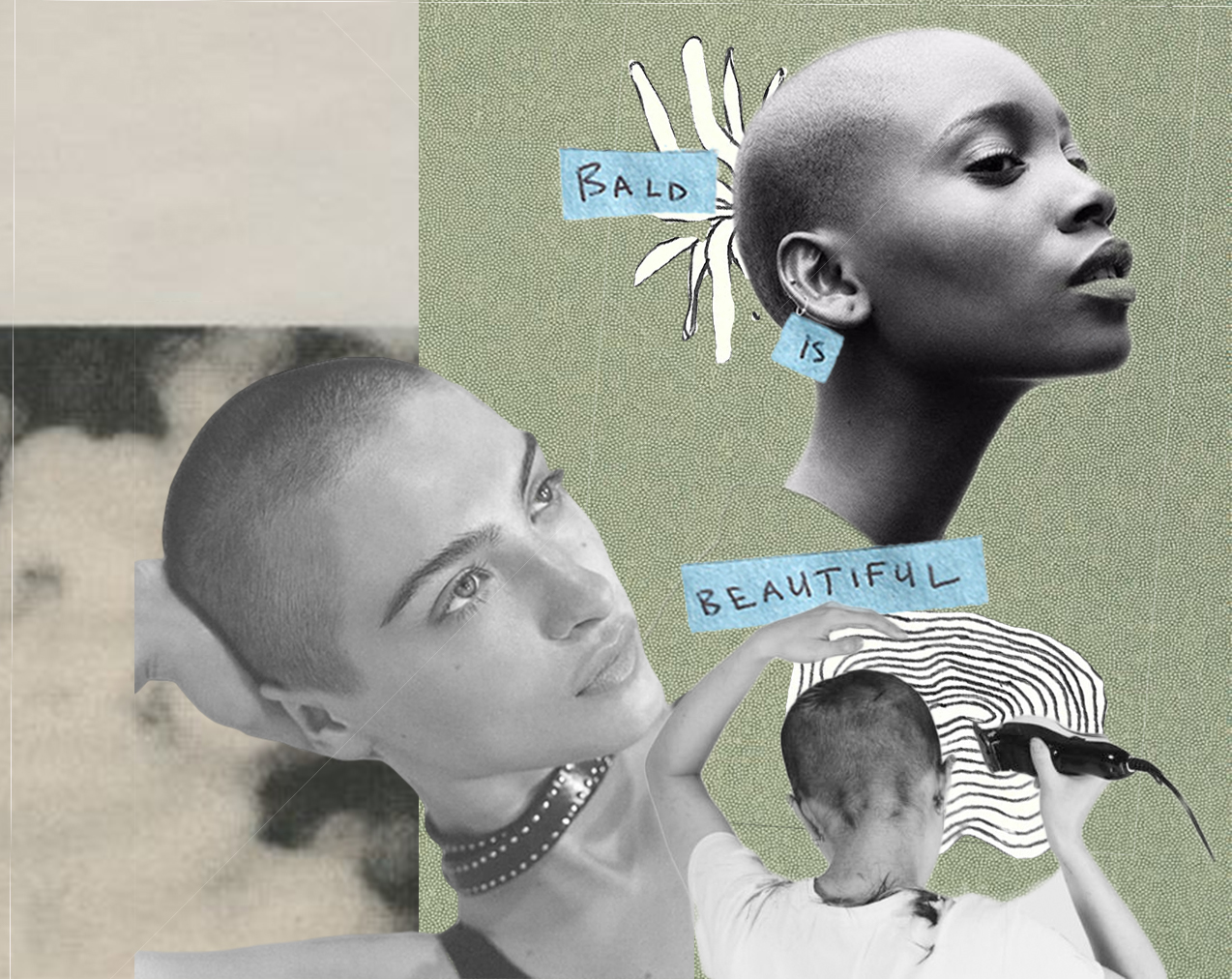 For many women who have shaved their heads, the act of being completely bald or having a buzz cut is incredibly empowering, as society places an excessive emphasis and significance on hair length. Long, flowing hair is seen as the epitome of beauty and femininity, but why?

Throughout my entire life, images of women with long hair were seemingly shoved down my throat, to the point where I felt like I needed to grow my hair to my butt in order to be seen as beautiful or desirable.

As a woman of colour, I found myself feeling as though growing my thick, curly hair long was one of my greatest accomplishments.

As a child with coarse and curly hair, I was never satisfied with my appearance due to the sheer volume of my hair type. It wouldn’t lie flat, and it frustrated me to no end. Towards my late teens, I had finally achieved my goal of nearly waist length hair. At that point, my hair was no longer an issue for me; I didn’t feel so self conscious since long hair, regardless of texture, is equated with femininity and beauty. Looking back it seems silly, but as an insecure teenager, it only made sense. But by then, I had grown tired. As a woman of colour, I found myself feeling as though growing my thick, curly hair long was one of my greatest accomplishments; for years I allowed my hair to become my defining feature, and began to realize that others were placing an unnecessary amount of significance on theirs.

The vast majority of comments to my appearance were directed towards the mass of hair on my head, and I ultimately began to feel like it was all people saw in me. I’m more than my hair! Or so I thought.

As a result of gender stereotypes, baldness and short hair have often been associated with masculinity. At nineteen, right before starting university, I decided to challenge myself by completely shaving my head. Prior to making this huge, seemingly irreversible decision, many of the people in my life encouraged me to go through with it, but there were a few skeptics. I recall sitting in a hairdressers chair getting a trim, and voicing my desire to shave off my hair someday. “But why would you want to do that? You’re a girl”, the hairdresser replied, making me become hesitant about my decision. I had never experienced others questioning the way I present myself, and her comment actually deterred me. I just wasn’t sure if I could handle such a drastic change to my appearance.

Eventually, months later I finally did it, and I felt amazing. After five years of growing my hair and eventually having it reach my lower back, having a shaved head was a great feeling, as I no longer spent so much time and money on my appearance. I experienced having a low maintenance beauty routine for the first time since childhood.

Despite baldness being relatively normalized I still noticed more stares on the streets, in stores, wherever I went.

In recent years, it has not been unusual to see women with buzz cuts or short hair, think of Adwoa Aboah, Lupita Nyong’o, and Amber Rose. These prominent women have proved that baldness and femininity do not necessarily need to be mutually exclusive. Despite baldness being relatively normalized I still noticed more stares on the streets, in stores, wherever I went. At one point, a complete stranger asked me if I was bald as a result of illness, as if that were the only possible explanation for a woman to have such short, cropped hair. This somewhat unwanted attention, paired with the foreign feeling of having no hair started to get to me; I didn’t feel like myself anymore, since long hair was all I had known for practically my entire life.

For some, baldness is empowering. For me, initially it was, but it turned out to be difficult to navigate, as I found myself no longer fitting the mold of a conventionally feminine woman. While my experience was not what I expected it to be, I don’t regret doing it. It’s important to challenge beauty norms and standards; ultimately, long hair should not be equated with femininity. Likewise, shaving my head taught me to not hide behind my hair in future, to avoid using it as a crutch, simply hanging there to appeal to only one view of what is deemed beautiful or acceptable. The act of shaving my head, and experiencing the different phases of regrowth was beneficial in my growth as a person. I know now that having long hair does not hold the value of who I am as a person, and it doesn’t define me anymore.