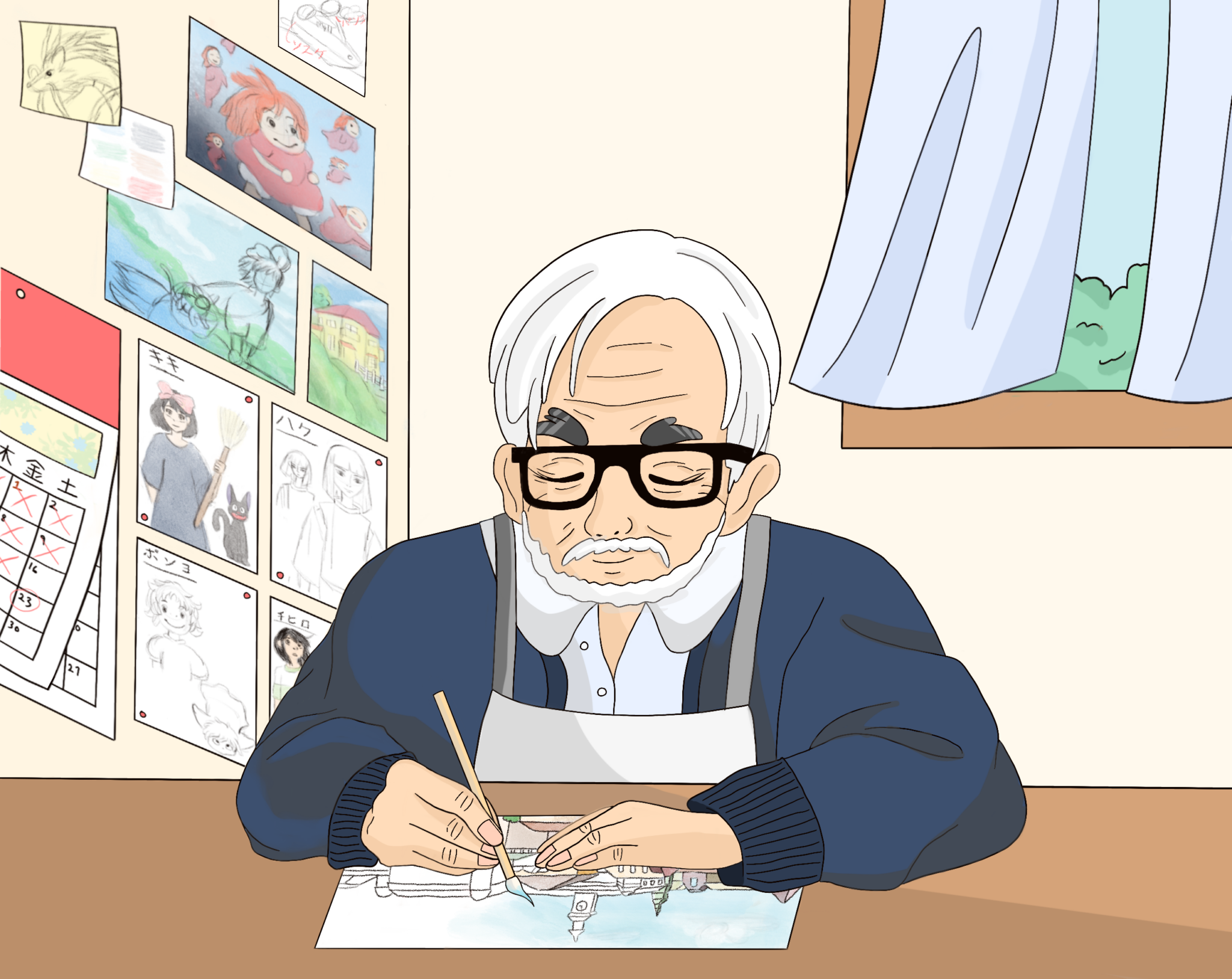 Comforting, nostalgic, and mesmerizing – These are the feelings one associates with when watching an old Studio Ghibli classic. From the vivid designs to the unique plotlines, these films not only make it appealing to the eyes but to our “feels” as well.

When naming the studio, director/animator Hayao Miyazaki gained inspiration from the Libyan-Arabic word “ghibli” meaning “hot desert wind”. The name was implemented in hopes that Studio Ghibli would “blow a new wind” in the animation industry and essentially pave the pathway for future generations.

When taking a look at the different components that produce a well-executed Studio Ghibli film, one element that is often overlooked is the design rationale behind key characters. Most character designs are thoroughly planned out with the underlying intention to portray specific traits that correspond with the film’s plot line.

This approach suggests the idea that the unique aesthetic is generated by the intricate interconnection between design and story – making Studio Ghibli extremely memorable.

Here are a few notable ones:

Ponyo: Ponyo’s character designer Katsuya Kondo, wanted to illustrate her dress as “radiating emotion and desire into shape”. The duality of her character being half-fish and half-human is notably portrayed with her messy, red hair. In addition to that, Ponyo’s simple yet vibrant colours reflect her exciting and enthusiastic nature, which inspires her curiosity towards Sosuke.

Fujimoto: As the antagonist of the film, Fujimoto’s eccentric character look is heavily accentuated with his dark makeup, long red hair, and patterned outfit. The joint disorderness of these traits mimic his uncertainty towards what he believes versus what is right, as the audience witnesses his dramatic character development by the end of the film.

Chihiro: In the beginning of the film, Chihiro is shown to be wearing her everyday normal clothing before wandering into the parallel world. After obtaining a job at a bathhouse, she changes into a red and white uniform with a takushi cord used for tying up her sleeves. During her time in this new world, Chihiro undergoes major character development which is reflected in the clothes she wears by displaying a sense of acknowledging and embracing traditional values for new perspectives.

No Face: Probably one of the most iconic anime movie characters of all time, Kaonashi also known as “No face”  is a spirit  who develops a strong attachment towards Chihiro and has the ability to consume others’ personal and physical traits. He’s depicted with a black, ghost-shaped body along with an emotionless mask with purple paint decorated on it. His design is almost as hollow as his personality, which justifies his sensitivity towards certain emotions that amplify when he experiences it.

Kiki: This upcoming young witch wears a long black dress, red pointy flats and a signature giant red bow wrapped in her short brown hair. Although disliking her look in the beginning, she soon comes to accept and love her new appearance similar to how she gradually experiences new things and opens up to other characters throughout the film.

Tombo: Tombo is a young boy who wears a striped orange and white shirt with blue pants and black framed glasses. Nerdy but wholesome, Tombo’s outfit best manifests his curious and uplifting nature which attracts Kiki. His design being corny but simplistic adds depth to his character as being the ideal “comforting” friend for her.