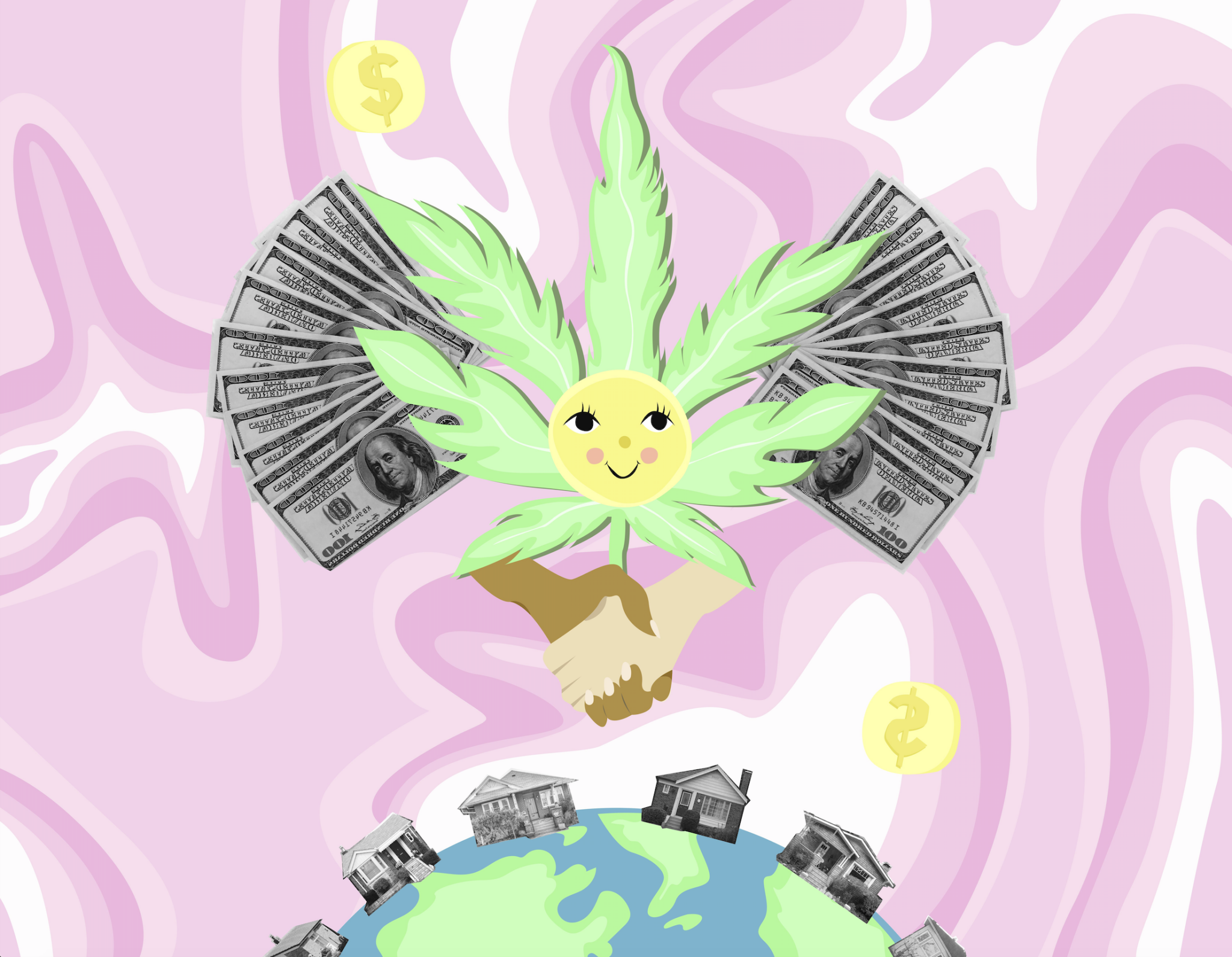 In 2018, when I lived in Toronto’s Garden District, there were four illegally operated marijuana dispensaries within a 10 minute walking distance from my apartment. I never smoked in high school, so I never experienced overpaying for the product of a teenage street dealer with a patchy beard in a plaza parking lot. Alternatively, in 2018 I enjoyed greeting the friendly folks at High Society, a few blocks left of Ryerson University, spying what new photos they’d added to their gallery of customer’s dogs that helped to obscure the front window. This world was so much warmer than the government’s image that had aimed to connect with cannabis for so long. It was famously described as being ‘public enemy number one,’ by Nixon and menacing enough to Nancy Reagan that she started the ‘Just Say No’ campaign in the 1980s. All those dispensaries stood like graveyards by the next year, signs demounted, and entrances boarded up. Then, government dispensaries started popping up like dandelions on every street corner, the invasive species to kill all community gardens. In the beginning, buying from these stores was fun and felt futuristic, waiting in an air-conditioned space that feels like an Apple Store. On my way back to my apartment, I’d occasionally witness employees from the street-run dispensaries frantically leaving their buildings, fleeing the area moments before a cop car pulled up to the dispensary’s entrance. Moments like these woke me to the danger of buying into the government’s reformed dream of the cannabis industry; it’s been nothing but a nightmare to all the racialized employees who have lost their main source of income and those who have been incarcerated on charges of marijuana possession. This re-imagining of the cannabis industry is modelled after what will appeal to middle to upper-class white people through forms of media people of colour have been historically underrepresented in, such as the fashion and entertainment industry.

…government dispensaries started popping up like dandelions on every street corner, the invasive species to kill all community gardens

As fashion consumers, we don’t even need to smoke weed to contribute to this narrative; all we need to do is continue our support of brands who capitalize on the drug’s iconic nature. Alexander Wang famously dedicated designs to the plant for his 2016 Fall/Winter runway show, then Viktor & Rolf followed with the debut of their weed-leaf-emblazoned neon green gown during their 2019 Spring/Summer show. Fast fashion retailers like Zumies, Urban Outfitters and Hot Topic stocked their shelves with garments that used the ‘stoner’ aesthetic. While these brands make millions of annual revenue (approximately 150 million for Wang) and consumers head back to their comfortable homes with shopping bags full of weed-apparel, there remain the racialized communities who continue to faces years of imprisonment for possessing an amount of marijuana that costs ten times less than the average Viktor and Rolf dress. In fact, in states like Mississippi, possession of anything over ’30 grams – barely one ounce- is enough to send someone to prison for the rest of their life, with no chance of release’. Despite legalization in many states/provinces and the media’s new embrace of cannabis in the U.S. and Canada, many people of colour still suffer today from these lengthy imprisonments. One of these cases concerns Michael Thompson, a 68-year-old black man who has been serving a life sentence for selling marijuana since 1994, despite its legalization in Michigan. Many people of colour are estimated to be dealing with a sentence similar to Thompson’s, as according to a report made by the American Civil Liberties Union  in April 2020, 43% of drug arrests made by police are for marijuana possession. The organization also reports that Black Americans are 3.64 times more likely to have it happen to them of these arrests. The Toronto Star found that 25.2% of 11,299 people arrested for marijuana-related offences were Black people. Indigenous Canadians have been considerably overlooked when it comes to cannabis amnesty, despite being disproportionately imprisoned across Canada. A report from Vice states that Indigenous people are seven times more likely to be arrested on marijuana charges than White people in Vancouver; nine times more likely in Regina. These statistics are startling when we consider that the Canadian government has only issued 238 pot pardons to those wrongfully imprisoned. For every person of colour that Western-European society pardons and allows to rejoin the marijuana industry, thousands of White business owners come to take up space. The racialized dealers who once were able to make a modest living are now replaced with an American marijuana market saturated by 81% of white business owners. According to the Montreal Gazette, of the top five distributors of cannabis in Canada, Black People only accounted for 3% of their combined management staff. How are we not realizing the problem?

As the Western world attempts to race through and capitalize upon cannabis legalization, the responsibility falls on us consumers to see beyond the images the media feeds us.

As the Western world attempts to race through and capitalize upon cannabis legalization, the responsibility falls on us consumers to see beyond the images the media feeds us. Behind every weed-themed Netflix sitcom that suburbanizes the use of marijuana are people of colour being ignored for luxury; watching actors play stoners on tv and borrowing aesthetics from cannabis culture for fashion doesn’t count as education or action anymore. Today’s consumer has a responsibility to think about the ethical and environmental consequences of all their purchases, from the clothes they buy to the weed they smoke. We can advocate for the disenfranchised with our dollars, block the government dispensary for good, and find WeedMaps at the Appstore so it is easier to support a local dealer – buying local helps prevent the oppressive machine from grinding. Your money goes directly to the people who work hard to grow and package these plants, (if you plan on getting delivery to follow COVID-19 safety protocols, make sure you leave a good tip)! Action can be taken by signing the petition for Cannabis Amnesty, which already has over 10,000 signatures! Furthermore, calls and emails pressuring government representatives to accelerate the rate at which pardons are released must be made. The legalization of cannabis is not true legalization until the people who’ve paid an unjust price enjoy the same freedoms that casual consumers do. Keep cannabis local and protect minorities from the oppressive fist of the law. Tip your local dealer.

* This article was originally published citing Abi Roach as the founder of Cannabis Amnesty organization, and creator of the petition hyperlinked within this article. This information is incorrect, and has been removed from the article. 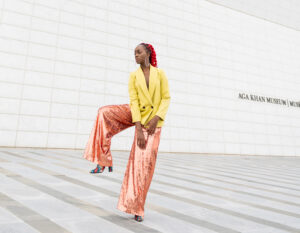 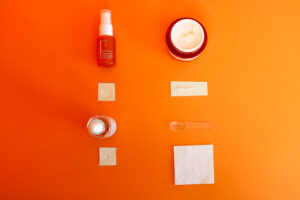 The Key to Restoring Your Skin 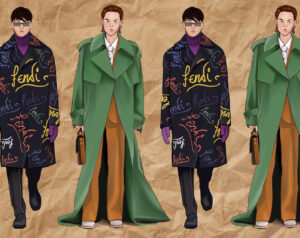 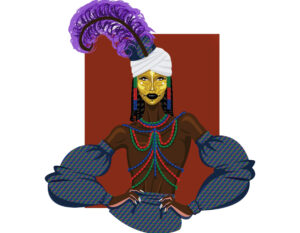