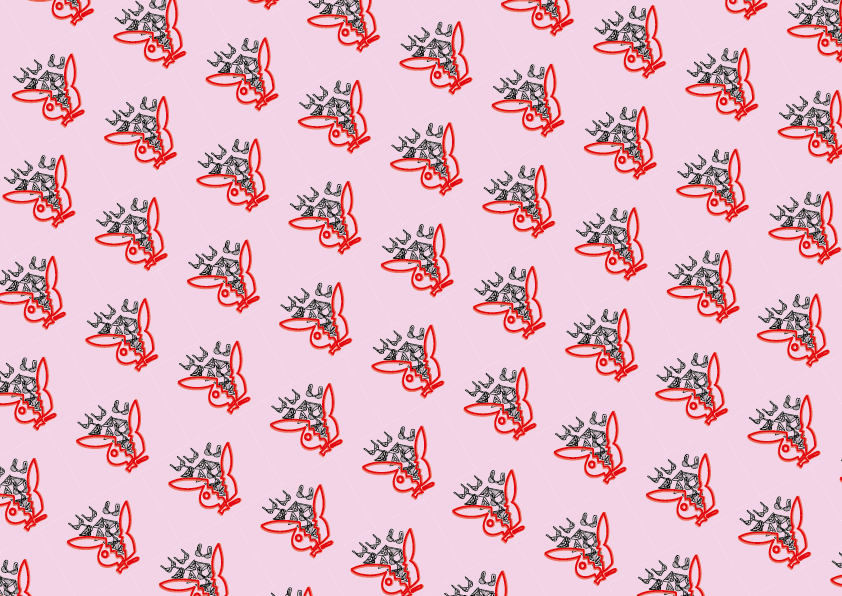 Playboy came into popular culture after America had suffered both an economic depression and almost 30 grotesque years of war. Founder and creator Hugh Hefner started the multi billion dollar brand with a small loan of $6000. A magazine dedicated to portraying the ‘girl next door’ was easily  achieved by Hefner, with the first issue’s cover and centrefold being actress and singer Marilyn Monroe. Selling more than $50,000 worth of copies, the magazine became an instant success in the United States. American men fell in love with Playboy’s content, particularly during a time consisting of sexual repression. In the first edition’s editor’s note, Hefner can be quoted saying “If we are able to give the American male a few extra laughs and a little diversion from the anxieties of the Atomic Age, we’ll feel we’ve justified our existence.” From the very start, therefore, his goal was to give men a magazine that involved sex, class and highly affective literature. Revolutionizing the entire pornography industry, Hefner’s small magazine quickly grew, and along came the equally iconic Playboy mansion and bunnies.

Sixty six years later, Playboy has gone through its fair share of rebranding. Whether it be through the addition of more explicit images as a result of new pornographic magazines such as Penthouse, or its adamant involvement of anti-censorship laws, many changes have been made, although editor Hugh Hefner has also had numerous sexual assault allegations agasint him dating back to 1980. These statements, however, are usually ignored within mainstream media, and Hefner, even after his death in 2017, was praised significantly for his contribution to ‘women’s sexual freedom.’ It is clear that this sexual freedom only applied to cis- women who were blonde,represented  ideal bodies, and never said no to Hefner, unlike those who were not representative of the ideal, and were therefore labelled as ‘difficult women.’

“The magazine has shifted immensely, though it still has years of work to do in regards to making it completely inclusive and sex positive.”

Cooper Hefner, Hugh’s son and the current editor in chief for the magazine, is insistent  on keeping Playboy’s history in the past. In fact, the 26 year old seems to be changing Playboy’s target audience entirely. While before it was centred around benefitting American men, it is now pointing more towards the women of our current generation with activists and influencers such as King Princess, Tarana J. Burke and Carlota Guerro becoming involved on many aspects of the magazine. Whether it be posing for the cover, an interview, or participating in creative directing, Playboy is giving women a voice.. Cooper is also determined  to include a much more diverse range of models, which is something that his father never explored. Perhaps one of the more noticeable shifts is that the phrase ‘Entertainment for Men’ no longer resides on the cover, Cooper’s primary goal is to normalize the nude body.

“It’s time to put someone on the cover who is relatable, real, and intersectional.”

The most extreme change in the brand was its growing presence and relevance on social media. Highlighting topics such as censorship, inclusivity, sexism and sexual health, Playboy wants to engage an audience outside of the cis male demographic. They are looking to educate and normalize real sex. With the collaboration of female artists such as Yumna, a portrait photographer who produced a series of self portraits for the Speech Issue, the magazine is giving women voices rather than portraying them in an objectifying manner. Additionally, inclusivity has become more prominent within the magazine, as seen with their inclusion of transgender model Ines Rau. Beyond this new content, the magazine is maintaining its relevance by featuring celebrities such as Kylie Jenner, and through fashion collaborations with brands such as Missguided.

The magazine has shifted immensely, although it still has years of work to do in regards to making it completely inclusive and sex positive. Instead of ignoring the negative societal dialogue regarding women that his father’s magazine promoted, Cooper must make a point in speaking up for the women whose voices were completely negated due to Hugh’s immense status. By sweeping the past under the rug, the new editor contradicts the vision he has been setting for the magazine. For Playboy to truly rebrand and gain the popularity it once had, it needs to become more transparent, because that’s what truly makes a brand successful among millenials.It is also important to create a consistently inclusive space, as making diverse models an  anomaly continues to promote able bodied Eurocentric women as the ‘ideal’. Inclusivity needs complete intersectionality, as well as a complete exploration of gender, sex, identity, race and body. It’s time to put someone on the cover who is relatable, real, and intersectional.

Since Playboy’s rapid rise to success 66 years ago, the magazine has been through extreme highs and lows; currently, the brand is doing pretty well for itself, with its intentions of rebranding extremely evident. This considered,  it takes more than using one transgender model after a history of female discrimination and narrow ideals to truly rebrand. While Playboy is headed in a better direction, it is important that they take the time to truly consider their audience, the history of the magazine, and how to be consistently mindful of these factors in their work going forward.