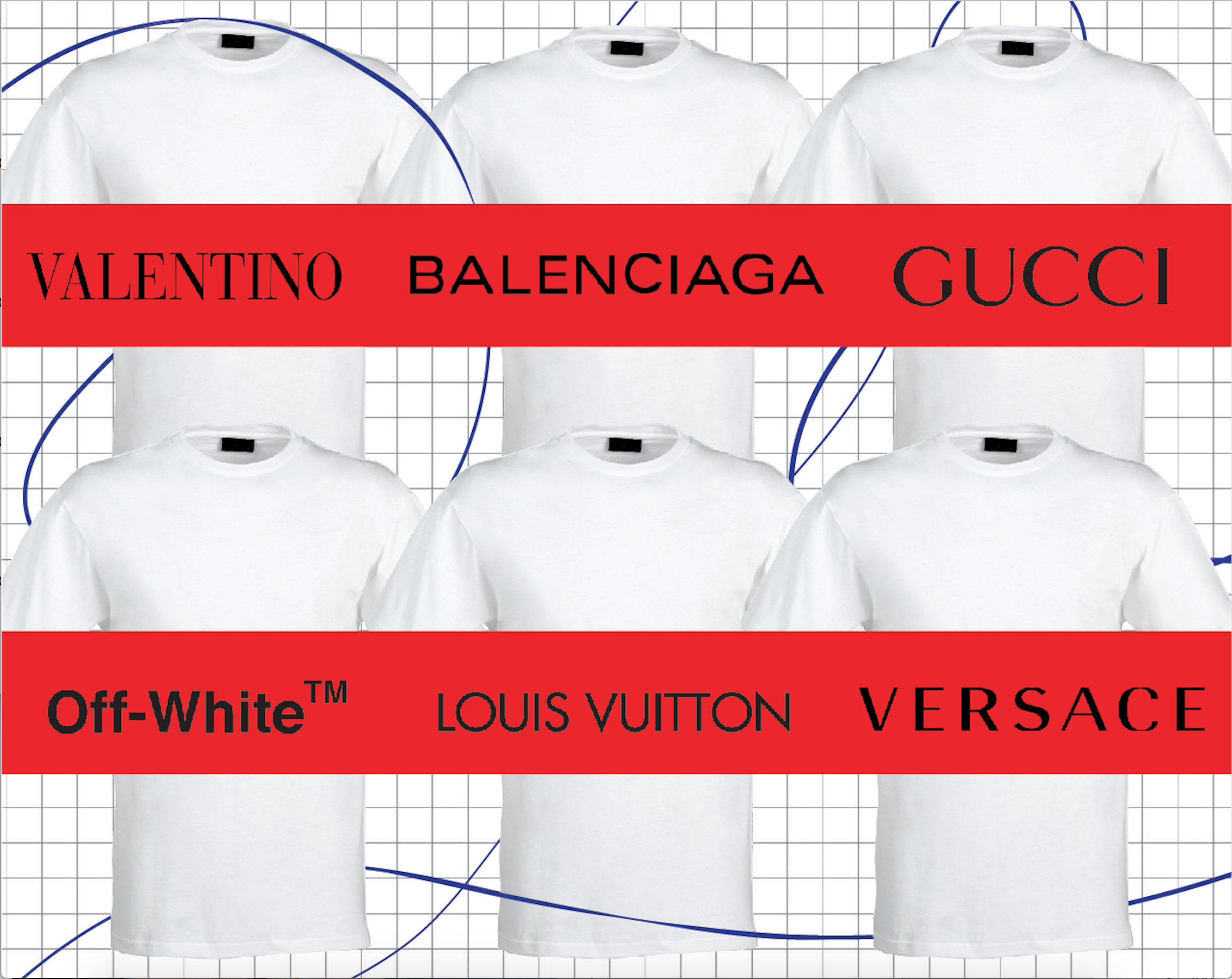 Logomania – When Is It Too Much?

While slightly irritated by the scent wafting out from the subway, a woman on Bloor Street stood alone amongst a sea of Valentino studs and chunky sneakers, considering the purchase of a sweater on display.

Logomania is the term describing a trend in which brands put a form of iconography, be it their name, acronym, or some sort of symbol, on any piece of clothing or accessory. As we see it, this trend does not seem to be slowing down. Designers have realized that, shockingly enough, many people who spend money on high fashion want the rest of the world to know that it is, in fact, high fashion. There’s not necessarily anything wrong with that, but after seasons of hundreds of sweaters and handbags with nothing but logos stamped on them, you’ve got to ask yourself if this new form of “free advertising”, the kind where the customer broadcasts their possessed brand to everyone around them, has sacrificed creativity for visibility.

This is not to say that brands have completely forgone creativity, as many runways still showcase bold new designs and artwork, but it goes without saying that runway designs aren’t what sells to the majority of target customers. Balenciaga knows that very few people will purchase a $9000 seven-layer jacket, but a lot more will buy their logo-emblazoned speed trainers.

The unpopular opinion is that logomania has grown tiresome and designers have perhaps taken it too far. The idea that logomania’s profusion in designs may be cheapening brands is something that creative directors such as Gucci’s Alessandro Michele may not want to hear. While Michele’s accession to power as creative director didn’t initiate logomania, per se, it definitely brought it back into the mainstream as it was beginning to slipping away. His reintroduction of the double interlocking ‘G’ is now on every hoodie the brand offers and, in effect, adorned by Gucci-fanatics everywhere.

As much as these high fashion brands try and capture the elusive attention of Millennials and Generation Z (the former which Donatella Versace once declared ‘have the power’), their emphasis on embossed logos and repeating monograms dilutes the grandeur that these fashion houses established for themselves decades ago. Marketing, along with the sense of identity that comes with wearing a T-shirt declaring your allegiance to a brand like Off-White, for example, is the strongest explanation for the Michele-eqsue logomania surge. Today’s youth identify themselves not necessarily by a common interest, or social group, but by the clothes they wear. Immediately identifiable clothing is the new manner in which people are able to fit in, while also signalling that they have the money to spend on designer goods. This new form of social, logo-identity politics has broken into mainstream fashion to a point where even brands like Bally, a lesser-known, traditional European leather goods house, has felt the need to slap their name on all of their products, and this compulsion is where the consumerist cheapening comes from.

While it’s fascinating to see high fashion present their pieces in an era of social division, what was so special about these houses, what enticed consumers to spend money on them, was what they represented: class, sophistication, or something otherwise special. By no means am I advocating that fashion go back to being exclusionary, but if everyone and their uncle is trying to get their hands on a logo belt, that ‘wow’ factor disappears. What starts as a small club becomes oversaturated and the prestige of exclusivity and the novelty of the luxury good wears off. It’s what happened to Michael Kors, after all. The US-based fashion brand decided to model themselves as a faux Louis Vuitton, (a house that has practiced logomania before it became popular and will do so long after the fad passes) and suddenly ‘MK’ was splattered on every purse in North America. Needless to say, the ‘wow’ factor evaporated a while back.

Some brands, like MCM, for example, have always used logos and specific iconography, and in my humble opinion, it often looks fantastic, but other times it doesn’t. This is true for all fashion houses, of course; sometimes they miss the mark. That said, with something this subjective, you can’t make declarative statements about all logo-based apparel and accessories, because I’d be lying if I haven’t seriously considered a Gucci bag for myself.

Is this all speculative? Absolutely, and like any trend, some aspects of logomania have staying power, and some will go out of style, fading away into the dark corners of an industry fixated on the new and the shiny. For now, at least, the challenge for the fashion world lies with leveraging consumer demand for brands, names, and logos, while still maintaining prestige, creativity, and relevance in the identity-driven digital age.

Reflecting on the intersection of demand, prestige and millennials’ taste in clothes, I’m reminded of a particular day at the start of the year, when logomania’s social politics collided with the high fashion world yet again:

At the Four Season’s New Years brunch the serving of croissants was interrupted, momentarily, as the heads of Toronto’s elite turned, ever so inconspicuously, to the twenty-something-year-old man with a loud pout and equally loud platinum blonde hair who strolled in behind his grandmother wearing next season’s (logo-centric) Balenciaga.