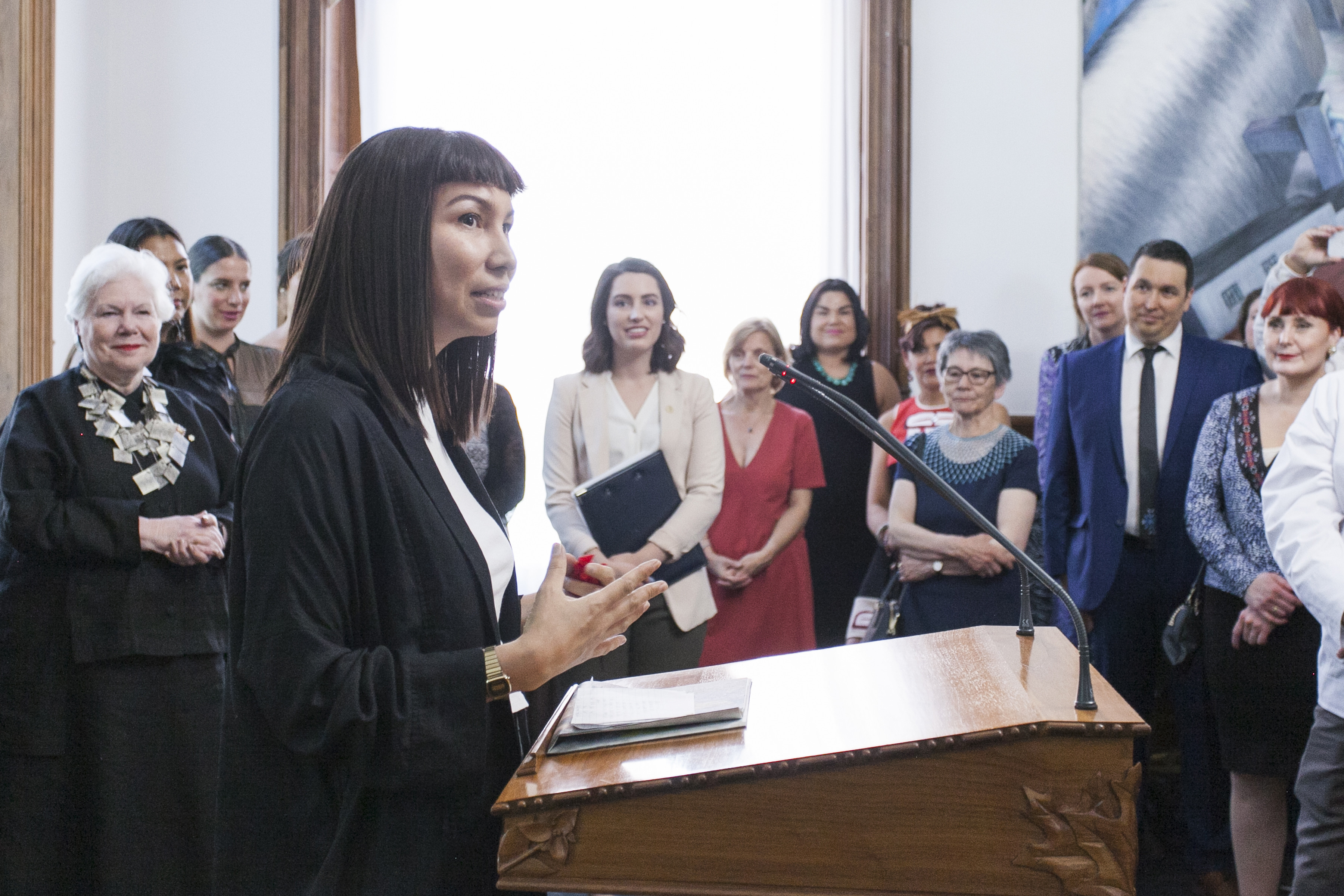 Indigenous designers have never had an opportunity of the magnitude of Indigenous Fashion Week Toronto; until now. For decades, the culture, craftsmanship and charisma of Indigenous fashion has been overlooked by mainstream (i.e. Western) culture, unless for the purposes of appropriation and capitalization. The colour, beading and fabric work of First Nations peoples have  for the most part been relegated to Pow Wows. But now, thanks to innovators such as Sage Paul, Indigenous fashion has a global, mainstream platform devoid of stereotypes, misrepresentations and insincerity. And it’s based in Toronto. Indigenous Fashion Week is a wholly Indigenous experience where modern designers are weaving their culture with modern style in ways we would all do well to pay attention to. Indigenous Fashion Week Toronto – which aims to deconstruct western and colonial perceptions of fashion — is the first culturally focused fashion presentation in Canada that brings together Indigenous and non-Indigenous peoples to showcase and celebrate indigenous design and craft.

Over four days of runway shows last week, IFWTO broke from conventional fashion presentation methods and established a new perspective through which clothing designs could – and should – be shared. Each show, which averted traditional fashion season cycles altogether by using the phases of the moon as inspiration, was composed of four shows in total, showcasing more than 52 designers / artists. The four shows — new moon, berry moon, harvest moon, and frost moon — showcased designs curated by a team of Indigenous designers who used their own cultural perspective as a source of power and inspiration in their collections. By formulating the runway shows around the moon phases, IFWTO organizers acknowledged and integrated a key teaching within First Nations heritage: a respect for and acknowledgement of the power of Mother Earth as the source of all life. From casual wear to evening wear, the collections at IFWTO were deeply imbedded with the experiences of each artist. Intricate embroidery, feather work, and beading explored the connections between mainstream fashion, and Indigenous tradition.

IFW challenges what fashion week is just by existing. Traditionally,”Indigenous-made fashion, crafts or textiles have been commodified and devalued as a way to exploit, disempower and erase Indigenous culture and people; additionally, the creation of fashion, crafts and textiles has been excluded from the patriarchal, western definition of “art” as “women’s work”. By merely existing, IFWTO organizers acknowledge the space within the fashion industry that they have been systemically barred from holding, and have redefined what it means to hold a “fashion week”. IFWTO challenges Western–centric notions of what constitutes art by presenting crafters, textile artists and other creators in equal limelight to the runway designers. Education and public learning through dialogue (again an acknowledgement of Indigenous culture where the oral tradition is still the dominant form of information and history sharing) was facilitated through panel discussions and workshops. All of which were free and open to the public.

IFWTO showcases deserving artists who often are ignored – and exploited – by the Western fashion industry. After this year’s inaugural events we are eagerly awaiting next year’s rendition where the evolution to disassemble the colonial fashion system will continue on, in incredible style.