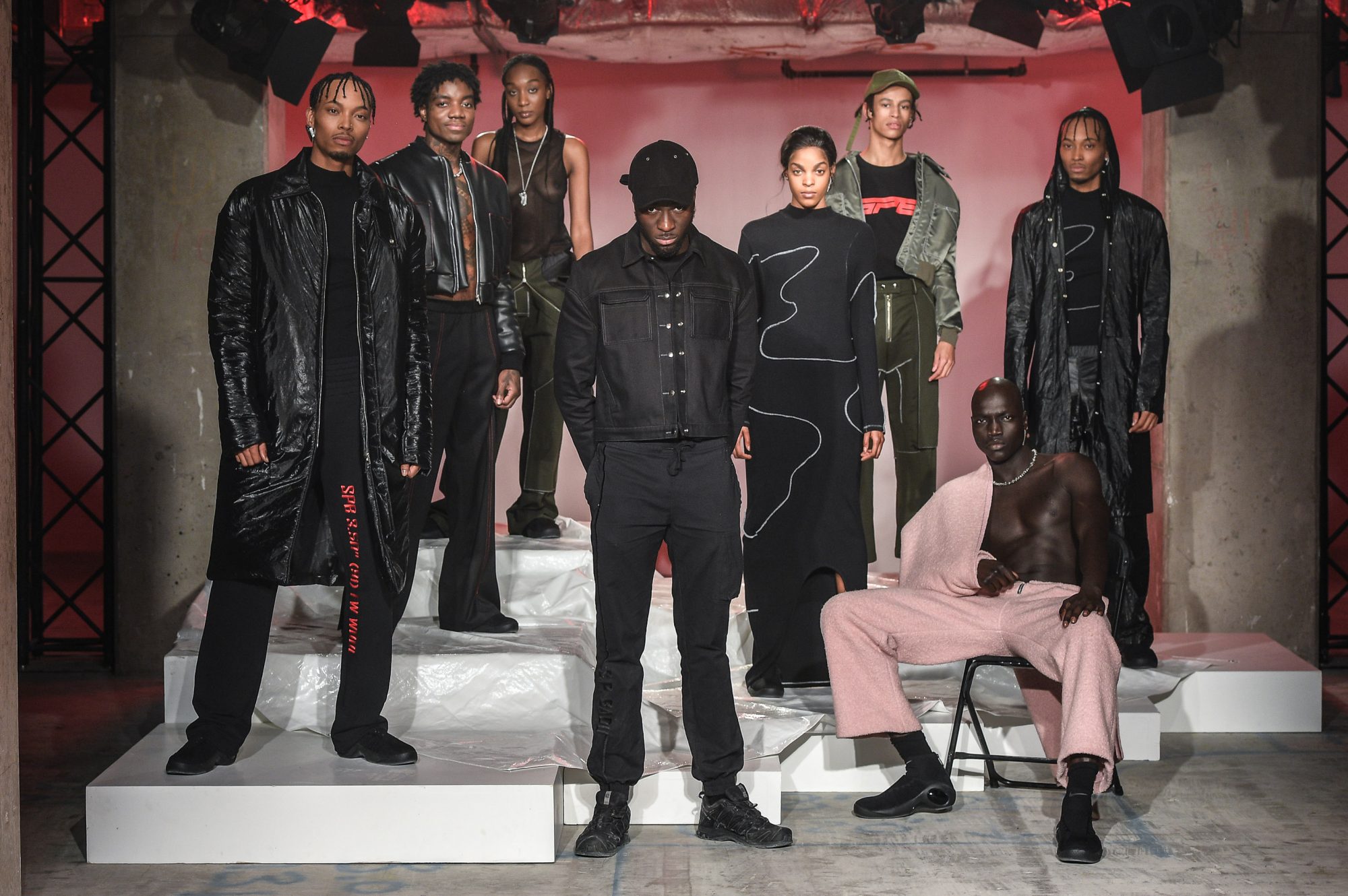 Spencer Badu aims to break boundaries and challenge the norm. His millennial streetwear brand S.P. Badu is known for creating progressive staple pieces for anyone to wear. The question of gender and gender expression has become a major conversation within our generation. More and more during this conversation fashion has been blurring the lines around gender and gendered clothing. Toronto designer Spencer Badu has made genderless designs a core value of his streetwear brand S.P. Badu by challenging the current gender perception of garment constructions and colour.

An Homage to Powerful Women

S.P. Badu’s Fall/Winter 2018 collection – entitled “Mother” – was presented to a bevy of streetwear fanatics and Supreme-wearing hipsters at the RE/SET 003 showroom on day 3 of Toronto Fashion Week. The collection incorporated a lot of traditionally feminine elements with masculine silhouettes as an homage to all the powerful women in his life. “When I look around at [the] societal structure and corporate culture it’s a lot of men at the top, and I guess there’s this perception that men are powerful? But when I look at life in general, at least for me, it’s usually the women in my life that are the strongest and are the rocks of the family. So I wanted to honour that in the collection.” (Toronto Fashion Week, 2018) Previously, Badu’s collections were created primarily in neutral colour palettes – largely black – however this season we saw a pop of colour with some elements of pink. There were also a few elements of army green which balanced out the pink and stopped it from becoming overwhelming or stereotypical.

The collection consisted mainly of athleisure separates like bomber jackets, baggy pants, and loose t-shirts/tank tops that showed off the brand’s signature approach to minimalism. The garments created clean, simple lines through their silhouettes and top-stitching, however some were accented by a seemingly random shape created by a decorative strip of fabric.

Many elements of the collection also seemed to play with the same sort of polarization that feminine/masculine styles traditionally have. Throughout the collection we can see the use of both highly textured, shiny fabrics, and smooth, matte fabrics. We also see the decorative use of stitching in straight lines, and the random “scribbled” line elements playing off of each other.  These contradictions in unison seem to mimic the way the masculine and feminine elements come together in genderless apparel such as S.P. Badu’s.

This season’s collection is a great example of what the future of fashion could become as genderless dressing becomes more and more mainstream. S.P. Badu’s designs showed a really interesting approach to garment design and construction and a cool approach to streetwear that anyone can wear. If this collection has shown us anything it is that clothes are clothes, and they can look great no matter who is wearing them. It has also shown us that Canadian designers are ripe with input on what streetwear is and should be, and that their fresh perspectives are internationally welcomed. Don’t believe us? Just ask A$AP Rocky (he’s already worn many S.P.Badu designs).