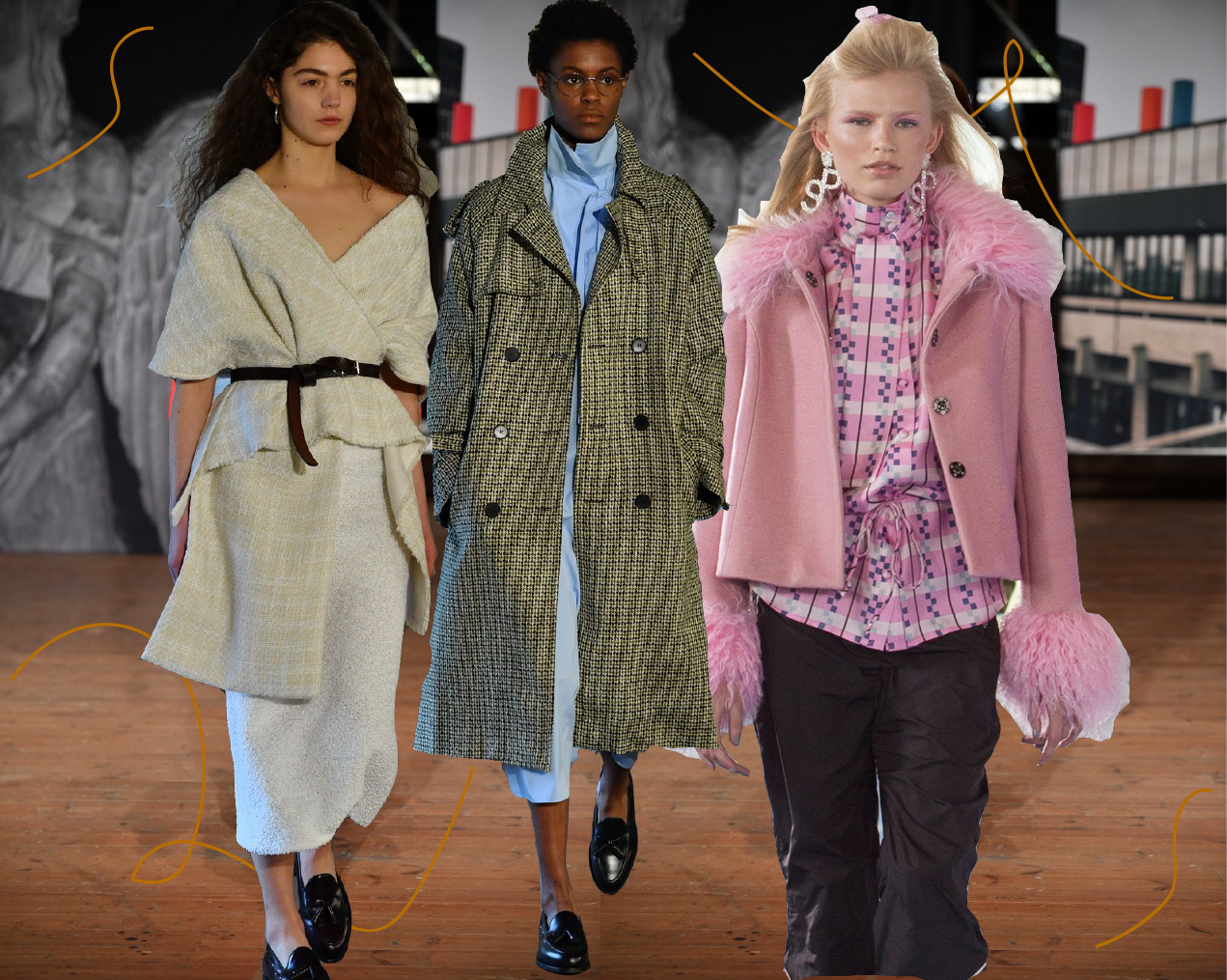 Everything You Need to Know From Copenhagen Fashion Week

This past week, the European fashion scene clustered in the rainy Danish capital for three days of Autumn/Winter 2018 debuts. Copenhagen is a small city but its unique charm, found in both the city itself and in its long-limbed citizens, has been a vital factor over these last few years in building it as the epicentre for Scandinavian design. While many tend to think the Nordic countries, with their lack of sun and excess of cold weather, rarely branch out from the monochromatic scheme of colours and clean forms of minimalism, this is no longer the case.

Many of the styles on the street translated to what was seen on the runway, particularly the presence of floral and tartan prints, electric pops of colour, pantsuits, and the mixing of patterns. But with that in mind, designers brought their A game to the runway too and presented designs worthy of giving Copenhagen an emerging reputation in the global fashion realm.

Copenhagen does a tremendous job at emphasizing emerging designers and those graduating from their respected fashion schools. This Fashion Week had Designer’s Nest and the VIA Design show displaying diversity in the designs, models, and designers. The designs were extravagant if anything, with every fabric imaginable, manipulated, cut, braided, expanded, and a variety of playful patterns and colours to boot. While nothing was exactly wearable, these artistic designs certainly showed what the graduating talents will be capable of in their next steps, executing that Danish inclination to think way outside the box.

Speaking of the young, several established designers had themes of rebellious teenagers and the Bart Simpson’s of the world. Martin Asbjørn had teenage boys wearing his collection for the “Teenage Dirtbag”, filled with bomber jackets, leather, and the edgy black and red combos. Hærværk paid tribute to Denmark’s own LEGO, using the primary colours in his designs of baggy pants on boys who couldn’t care less.

As history in Danish interior design tells us, much of their minimalist influence comes from Japan. This is no different when it comes to fashion, as evident in this year’s shows. Munthe, diverting slightly from their usual feminine flow, introduced many kimono-esque styles, boxy forms, large silk florals, wide belts, and were as obvious as having Japanese texts printed on t-shirts. Mark Tan also had similar shapes and elements in his designs but also had major inspiration from….

Ambitious brothers behind Heliot Emil introduced a very future-minded collection. The clothes were unisex, army-inspired, and had nearly no colour. There were many details of straps and buckles and they experimented with innovative heat sensitive fabrics in their clothes. A very Kim Possible look.

Overall, many Scandinavian brands are ethically minded, working and creating responsibly with a sustainable agenda, be it through recycled materials or fabric innovations. One significant show was the CFW New Talent Scene, in which three new brands, Foréts, Sur Le Chemin, and BySigne, exhibited their wearable and casual collections that have been sustainably made, competing for the prize of developing their emerging labels.

Another brand that on the rise, and a favourite amongst Copenhagen influencers and fashion elite like Emili Sindliv, Sophia Roe and Freja Wewer, is organic denim label Blanche. They’re firm believers of the basic and classic look of a pair of jeans and that they should be made sustainably.

Carcel Clothing is another interesting emerging brand in terms of social responsibility. They use natural materials for clothing which are made by women in prison. And while speaking of female power, Amsterdam based Reconstruct Collective debuted in Copenhagen this season. Five ambitious female designers in collaboration with Converse, revealed an edgy and provocative collection, but in its details, it was definitive of the future and their determination.

For the sake of a good performance, several designers were creative in presenting spectacles. Bitte Kai Rand, Elaine Hersby, and Lærke Anderson each incorporated dance performances in their shows, some even having their clothes being modeled by dancers instead of models. This was exciting for the diversity on stage and for something compelling for the audience, however, it took the eye away from designs that were simply not interesting enough. Strategic, but disappointing.

Bex Fagerholt, daughter of Julie Fagerholt of Heartmade, unveiled her collection in the presidential suite at Hotel D’Angleterre, but set up almost as a tableau. Each room and section was a staged scene depicting Bex’s friends, while wearing her designs, doing what young kids do in a hotel room.

And of course, as done every year, Han Kjøbenhavn’s shows are everything but ordinary. He never fails to make his audience uncomfortable, this year having the models walk through a white cage holding deranged men captive while dolls dangle above their heads.

Most designers are incredibly selective with their fashion show location, choosing various hidden gems around the city that suit their collection’s theme or intention. This makes the whole fashion week fun, almost like a scavenger hunt, biking to each show’s location.

Though I’ve always been a fan of Ganni, this season showed nothing extraordinary. The theme surrounded angels, being inspired by a girl who wrote a letter saying her dream was to be a Victoria Secret Angel. Ganni took this and reimagined the idea of the angel being a role model, and above that the “Copenhagen girl”. #GanniGirls are all the rage now, the girls with their ruffle shirts and floral wrap dresses, riding their bikes through the city in style, but I find this all a bit homogenous now; see for yourself below.

On homogeneity, I’d love to see more diversity. And I think Copenhagen Fashion Week is doing some really great things so far, with Morten Ussing designing a beautiful floral hijab and featuring May Simon, up and coming Danish transgender model. These are small steps, but they still need to take more. The “Copenhagen Girl” is a lovely archetype everybody would love to be, but this cannot be everybody, and by trying to protest the Victoria’s Secret army, Ganni itself ironically is creating its own legion of girls. Facts are, it doesn’t represent the population, which is increasingly becoming more diverse.

Overall, I love the emphasis on sustainability in Copenhagen Fashion Week, and the attention they give new talent is so valuable. The trends displayed each season are parallel to those in European fashion capitals, but also provide something unique that is now being recognized internationally. Copenhagen, though small, is a mighty force in its authentic and artistic fashion scene. Let’s just hope they hold onto that.