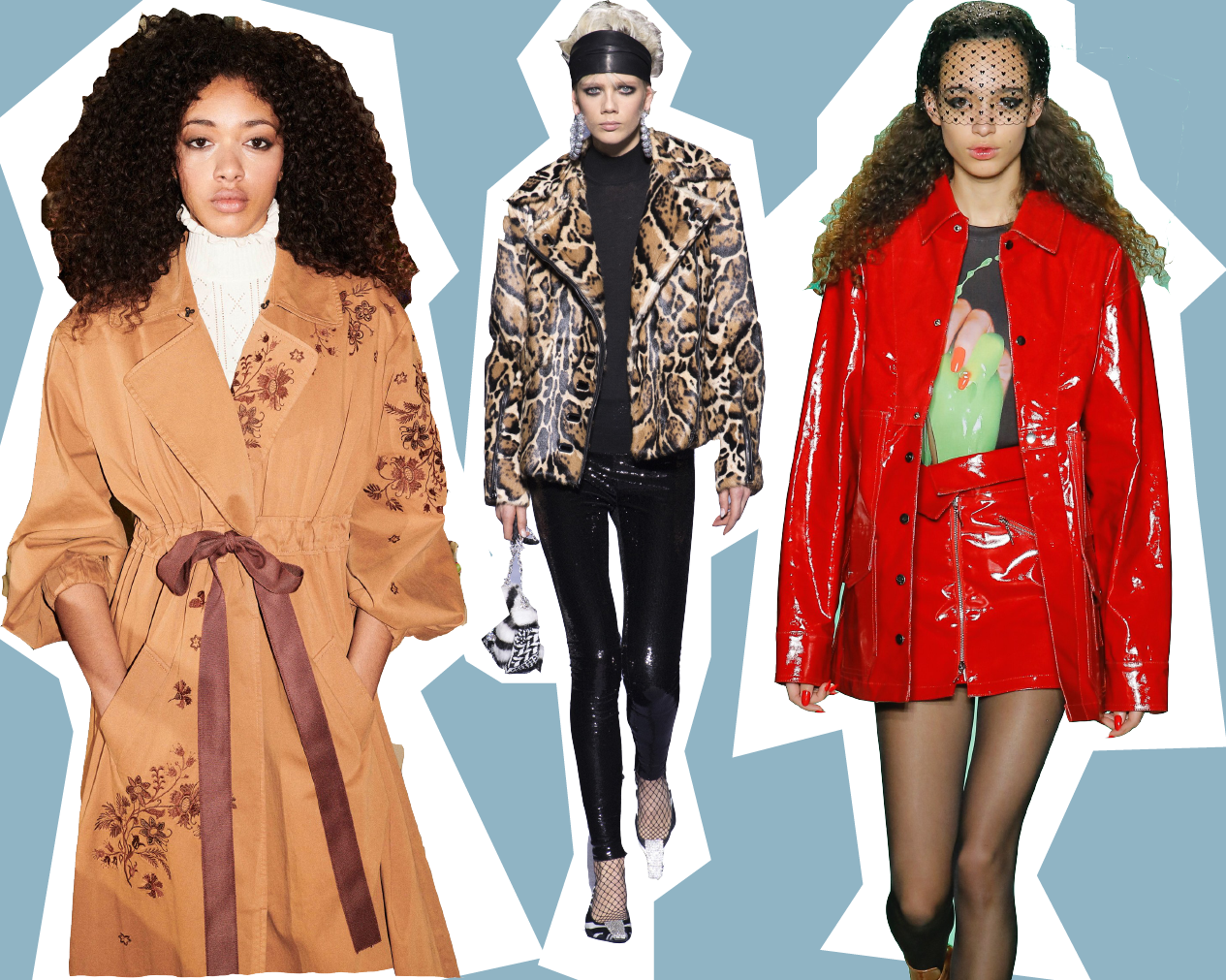 It’s every fashion maven’s favourite time of year: New York Fashion Week. Right now all of America’s most notable designers are gathered in New York to show off their latest collections, and we get to preview the trends that will be scattered throughout the streets and in the hottest department stores this fall. Fall fashion is always exciting: trousers, tailored coats, denim, and winter accessories will all be featured of course, but in fresh styles and variations in lieu of a new season.

The strong women we see walking down the runways at shows like Jeremy Scott, Tom Ford, and Adam Selman are loud, proud and not afraid to have all eyes on them. The “Me Too” movement has had an obvious impact on designers this season, from Tom Ford whose models stomped down the runway carrying bags with alliterated slogans such as “pussy power”, to Jeremy Scott who was quoted saying that while brainstorming his collection “[he] had been thinking about the cultural shift we are experiencing and the crumbling of the patriarchy—the fight of the old guard versus the beliefs of the youth who will take their place”. The women of the future have no tolerance for patriarchy, nor should they have to explain the word “no” or anything about themselves to the world at all. They are simply too busy getting shit done. But for the sake of fashion lets explore these collections a little further…

Jeremy Scott Was Inspired by the Crumbling Patriarchy, But Where?

Think sci-fi movies, 80’s nights at the disco, days spent at the arcade, and those old fashion Juicy Couture velour tracksuits that use to be all the rage, and you’ve probably summed up a pretty good chunk of Scott’s Fall 2018 ready to wear collection. A couple of the most spectacular pieces included oversized crewneck sweaters with Popple bear graphics, denim jackets with built in corsets, and track jackets that were cropped and cut to look like bras. There was definitely a cheeky kitsch element to his collection, but everything was with complete intention. In fact, the story behind the Popple bears was that Cicciolina, a famous porn star, used to carry them. Scott uses this playful allegory to show how behind what looks like a cute, fluffy toy, is actually a sensual seductress. This immediately had us thinking of old folk tales like the Sirens from Homer’s Odyssey.

A Collection Our Culture Deserves at Tom Ford

Although the Ford girl may love pink cheetah print, big diamond hoops, and a fabulous mini dress, she’s no Beverly Hills bimbo. Acid wash, animal spots, sequins and thick headbands were just a few of the 80’s style trends seen on the runway during Tom Ford’s RTW show. One couldn’t help but be reminded of Andy Warhol’s killer muse Edie Sedgwick. Even the smokey eye makeup and nude lip resembled her iconic look from the past. And of course Ford has always had an eye for branding, the collection showed off his recurring connection to LA where he recently relocated to from London. What some might call bad taste, or even counter-productive femininity according to Robin Givhan, others will label as the glitz and glamour of Hollywood, baby.

Tigers, zebras, oh my! Selman’s collection was anything but ordinary. Kinky 80’s inspired looks consisting of colourful, sexually suggestive graphic T’s, animals prints, red patent pant suits, poof-sleeved prom dresses, and sparkly slips, were just some of the designs spotted during the show. Pop culture was an obvious inspiration for Selman this season who took reference from old photo books that he had previously produced with his favourite muse and photographer, Ypsitylla Von Nazareth. Some of the graphics included a girl riding a banana, and perfectly manicured hands squeezing slime and holding ketchup-dripping hamburgers. Playful colour blocking with tights and elements of faux fur provided additional funk to Selman’s collection.

Many who follow fashion regularly know that Jane Soskin has mastered the art of the elaborate NYFW presentation. The designer behind Cinq à Sept knows what the camera loves and knows what is worthy of a mention on Instagram. Because of this, she is well versed in the normalized behaviours that emerge on the Internet and this season she took a moment to pause and question them. Her FW 2018 collection “Lost Romance” seen on day one was a shareable show ripe with photo opportunities for the insta-influencer / magpie. The presentation was a triple runway show that took 90 minutes and guests were encouraged to sit at tables scattered around the room. Well-linened tables were laden with tea biscuits, sandwiches and desserts such as meringue tarts (swoon) all of which were very photo worthy. The entire scene was ripe with irony as we can all imagine guests fell and trampled to get the perfect shot. The best part, in our opinion though, was the maypole. The clothes you ask? Were to die for.