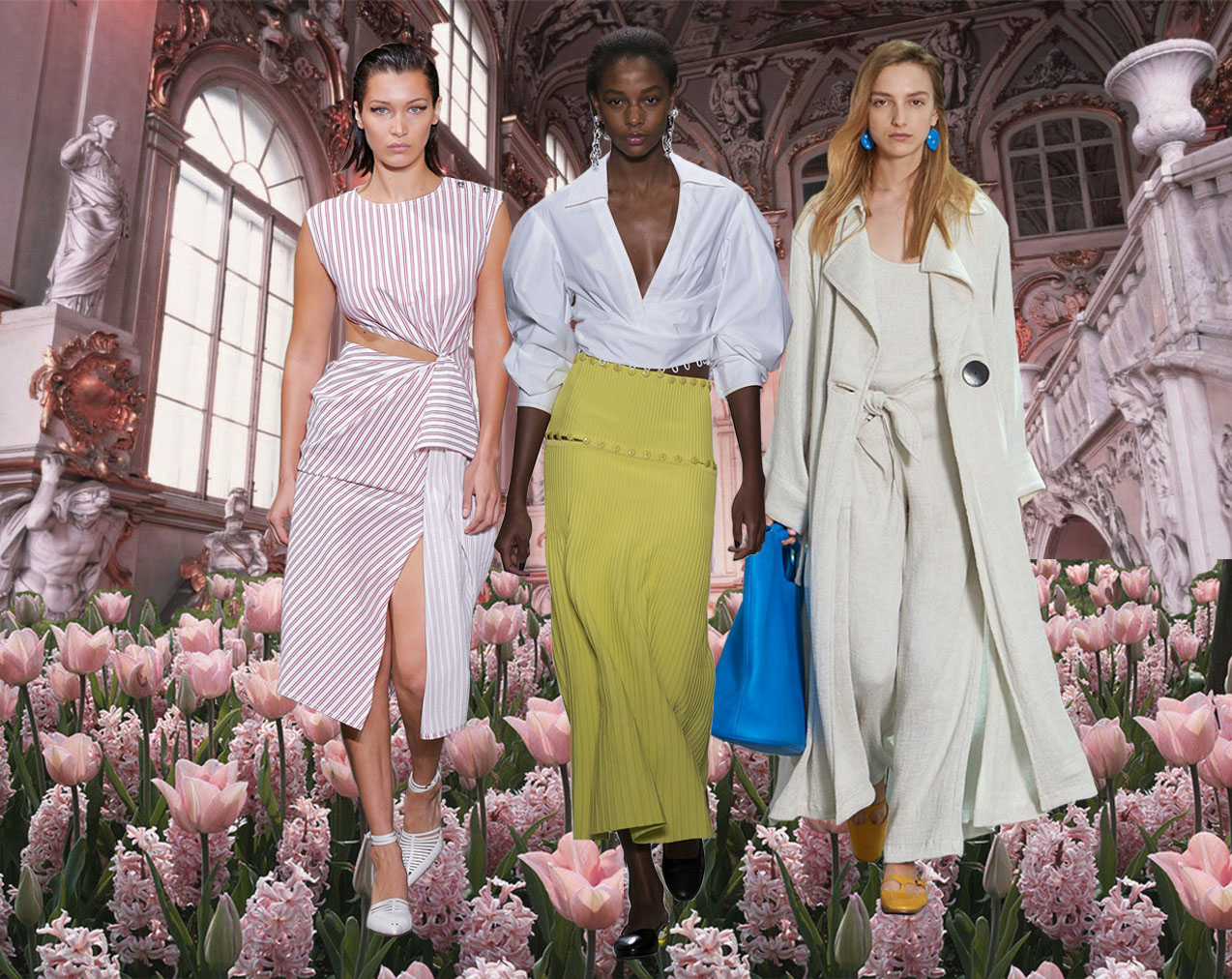 4 Trends Coming Out of the SS’18 Runways

Runways took off this September for Spring Summer 2018 in New York, Paris, London and Milan. In each week eccentricity was a theme, while elegance has endured. In New York the overarching narrative was brightness and optimism (or at the very least an attempt at it) evidenced by a bevy of saturated hues. In London the shades were softer but also shimmery, depicted in subdued pastels and satins. Comfort was also key as the majority if silhouettes were fluid and free-flowing. In Paris there was a struggle among designers to create collections with emotion and soul. Exhaustion, however, was very evident as most collections seemed to be more “lifeless clothing created on autopilot by tired design teams with no real time to develop soulful ideas” (Flaccavento, 2017). From the designers that did present collections with oomph, such as Rick Owens, Céline and Loewe, it was bold, bright and sophisticated, leaving the energy for next spring feeling both hopeful and stimulating. Take a look at the major trends we saw coming out of all the international runways.

The power suit has been brought back everyone! Daringly colourful fabrics have brought an element of excitement to the pant suit trend, leaving any notion of their causality or plainness behind. Patterned fabrics have been making them statement looks, and blazers in general have been making their way into many street ready outfits. After seeing them layered over skirts, dresses and pants all week, it’s time to get in on the action.

Ruffled sleeves, ruffled skirts, ruffled tiers, ruffled shorts, ruffled everything! The ruffle has made an overwhelming appearance this season, adding dimension to outfits in the least expected ways. They’ve been in both the casual and formal looks, celebrating the versatility and attainability of this simple, yet essential statement look.

Both layered and singular, sheer fabric was on almost every runway for Spring/Summer 2018. In some cases, it was used as a playful layering piece over plainer articles, bringing both colour and texture to otherwise simpler looks. In others it stood alone and was provocative, yet classy. Sheer dresses were teasingly tasteful, unafraid of being bold and uncomplicated.

That’s right people, the fanny pack! No not the kind that your mom had when you were growing up, that can only be excused by its apparent practicality. Rather, a luxurious, trendy fanny pack. All month it was being worn around the waist, back, and side crossed over shoulders. Clearly there are no rules! It was surprising, glamorous and truthfully, still practical.