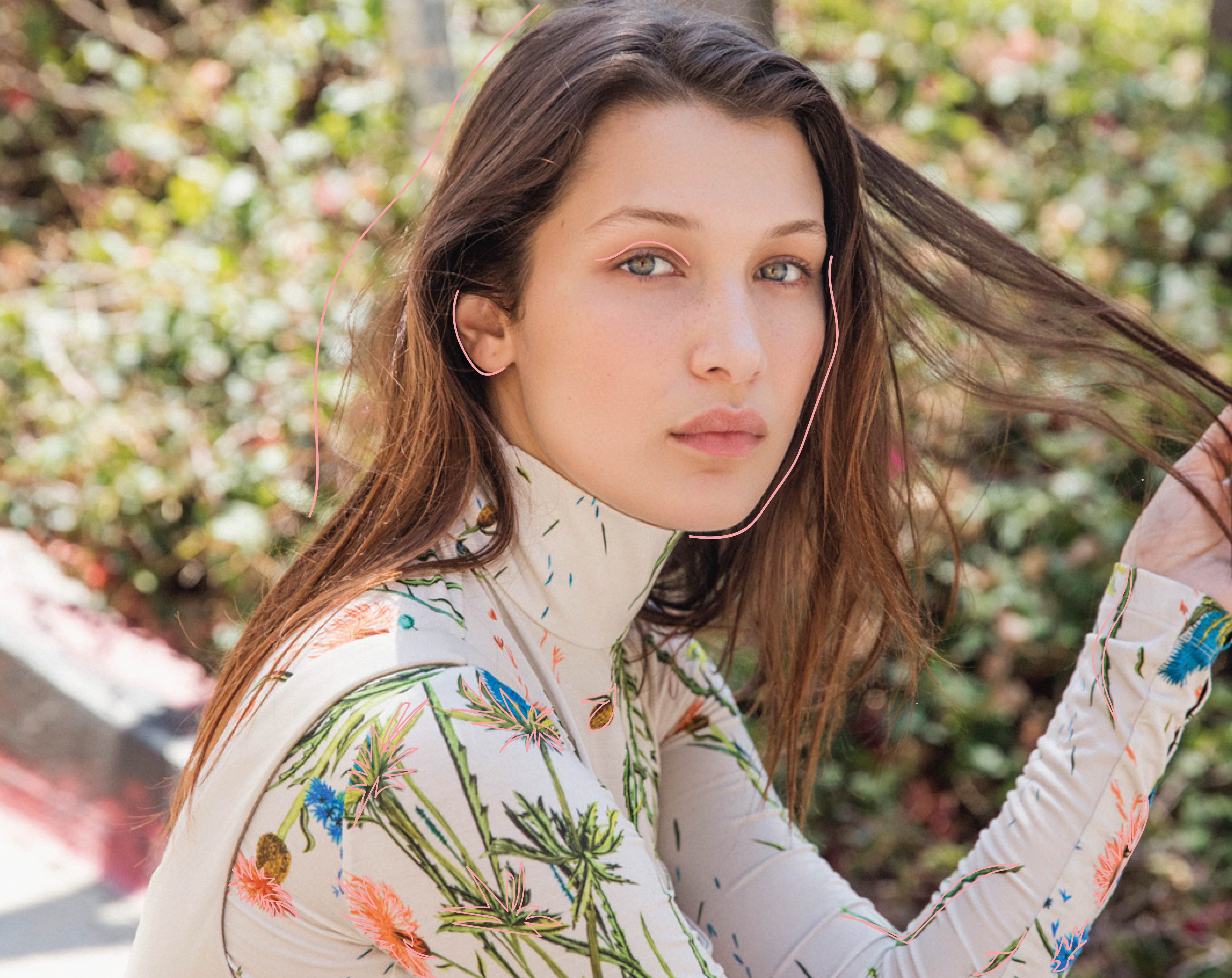 We Need to Talk About Bella Hadid’s 9 September Covers

It is fair to say that Bella Hadid has had a champagne year. In the past 12 months, the model has become an ambassador to Dior Beauty, designed a capsule collection with clothing brand Chrome Hearts and has been cast on nine September issues this year. In an Instagram post Hadid, a half-Palestinian and half-white woman, expressed joy at being able to represent Muslim women by being on the cover of Vogue Arabia; thanking the publication for “continuing to celebrate and accept all different cultures”. If representation of people of colour and the celebration of different cultures is Hadid’s aim; then she and Vogue Brazil, China, and Spain, missed their mark by far when it was decided she would be cast for their September covers.

The casting of both a white and white passing woman for the covers of magazines marketed towards Asian, Latino and Hispanic communities demonstrates that both white features and European/Western cultural practices are prioritized over their contemporaries. For example, there is the Vogue China cover, which features Chinese model Chu Wong and Hadid. The featuring of the duo sends the message that although Wong is an appropriate representation for her country, it is not an appropriate image for an industry which has been capitalizing on white faces since it’s conception. Vogue China has continued to demonstrate that people representing the culture for which their publication is based are not good enough and must be accompanied by a white model. The October cover (seen below) follows the exact same formula as the September issue.

For example, Demna Gvsalia, head designer at Vêtements and artistic director at Balenciaga, once said that he does not cast models of colour because “[he] would never compromise the credibility of a collection, for instance, to cater to what someone might think regarding our politics”, which can be translated to mean models of colour are obstructions, and the most ‘credible’ faces to have in his shows are the white ones. The industry creates a world in which models of colour play, at best, understudy to their white counterparts; which can be seen in the Vogue China cover. One aspect the magazine gets a point for is including a model of the same nationality of the magazine; Vogue Brazil and Spain cannot say the same as Hadid takes the spotlight solo, front and center. Having the model star on all these covers goes beyond the realm of fashion and adds to the already rampant issue of colourism and internalized racism in these countries; creating the narrative that in order to be seen as beautiful you must have white, pale features.

The gap between Hadid on the cover of these magazines and colourism is not that far apart, as seeing this lack of representation has real life consequences on people of colour. For example, in a study on discrimination based upon skin tone, sociologist Marcia Mikulak found that children of darker skin tone in Brazil are regularly called by derogatory names, and are stereotyped as having lived in poverty and being dirty (Mikulak, M. 2011). In another, done on skin lightening practices in Accra, Ghana, the study found that “The prevalence of skin bleaching was 50.3% in these communities” in the year 2016 (Lartey, M., et. al. 2016). A similar study was done in China, estimating that “the market for skin whiteners in China was worth $1 billion in 2002” and went on to include that in 2007 a Neilson global survey found that “46 percent of Chinese had used a skin lightener in the past year” (Glenn, E.N. 2008). The glorification of white beauty, and it’s imposing onto the demographic of other countries not only keeps a hold on their self esteem, but also can risk their health. The children who see Hadid on these covers do not see themselves, but something they have been conditioned to aspire to be.

Although it may be so that the actions of the fashion industry are not intentionally harmful, they carry the undertones of a nationalist ideology. Despite this, the public has been fighting back against the whitewashing in innovating ways. For example, there are online movements such as ‘#Blackout’, a hashtag devoted to black people sharing pictures of themselves and uplifting each other. Similarly, there was the ‘#unfairandlovely’ social media campaign, which celebrated South Asian women with darker skin in an attempt to fight back against colourism. Although these are steps forward in changing the landscape of fashion and media, these steps are fairly recent, and there is still a lot of work to be done in the future.