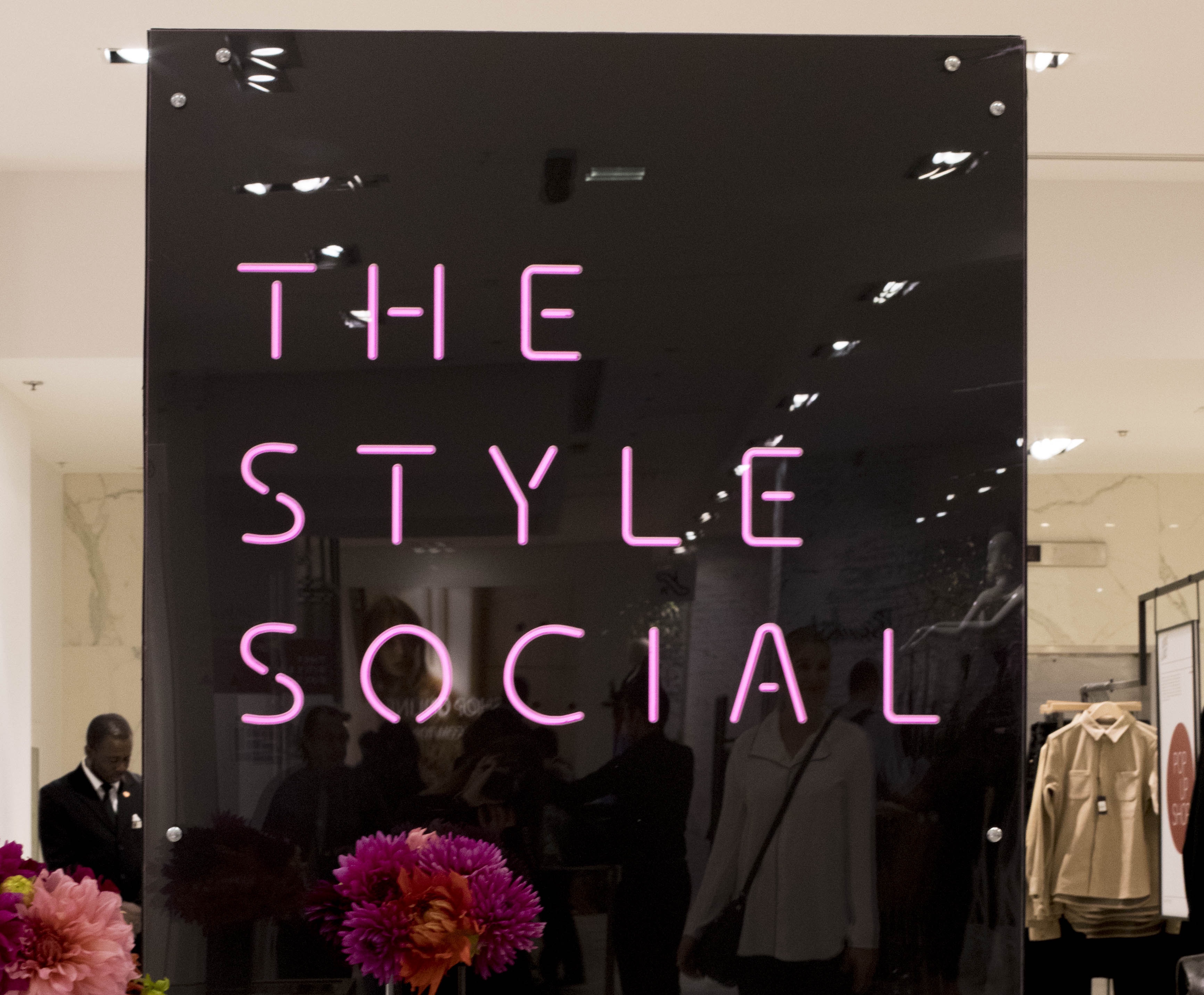 The Style Social: An Evening with HBC x The Kit

Last night fashionistas and bloggers alike gathered on the second, third and fourth floors of The Hudson’s Bay on Queen Street for a glamorous evening of fashion, appetizers, and Paris-inspired beverages (think Aperol spritz) for The Style Social. Organized and held in collaboration with The Kit, Hudson’s Bay was turned into a funhouse of pop-ups, activations and snack opportunities that would make any fashion magpie not know where to start. Style Circle was lucky enough to attend and report back to you on all the delicious details. 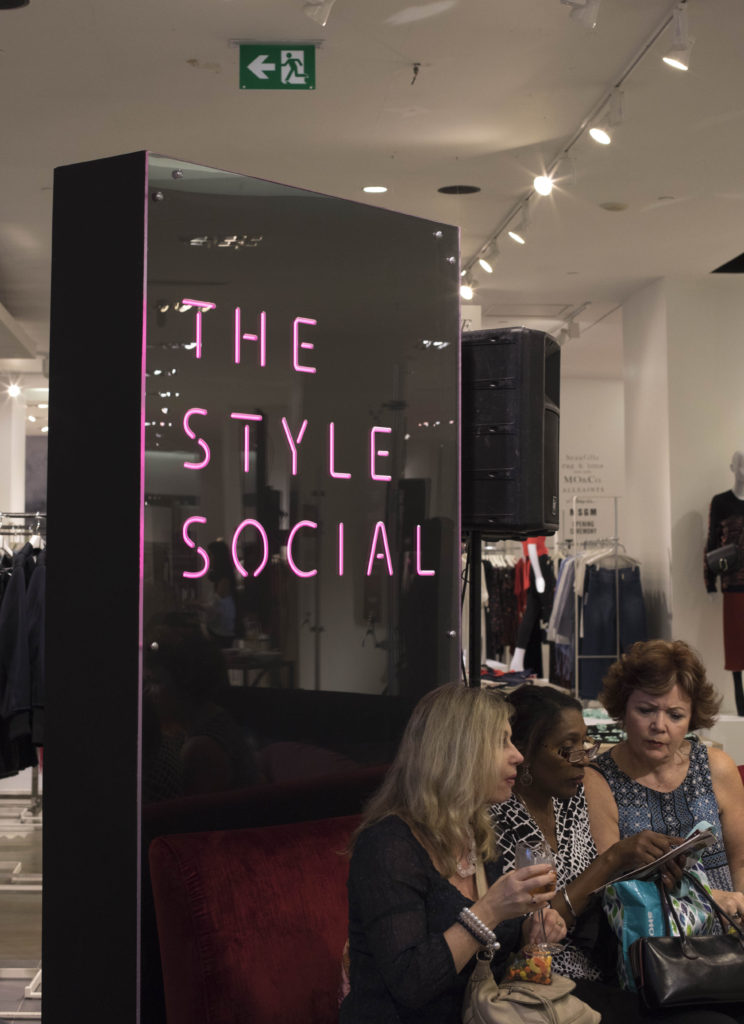 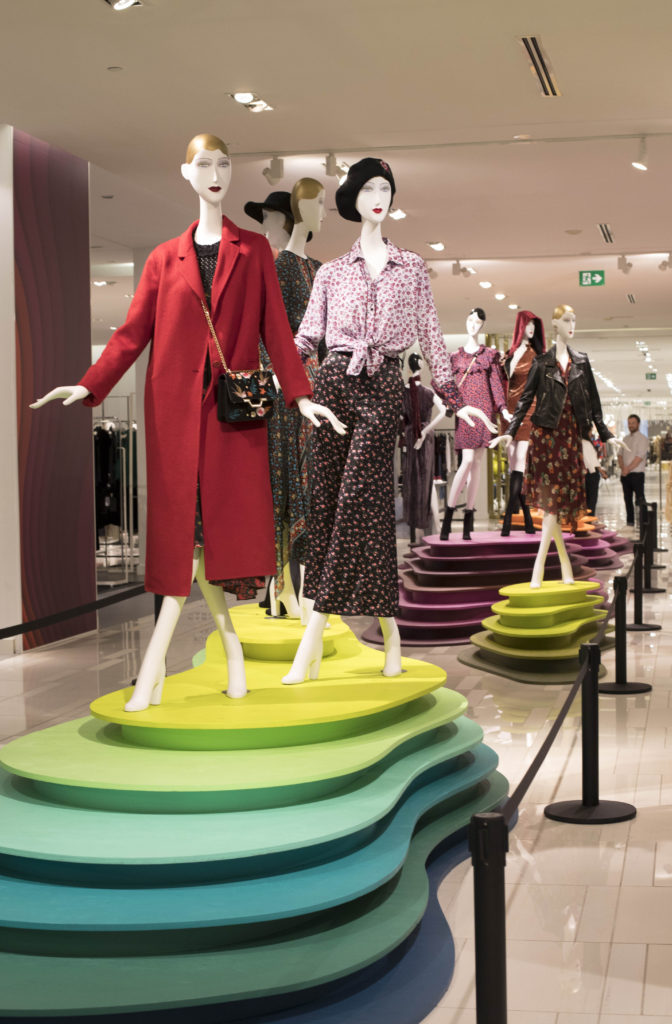 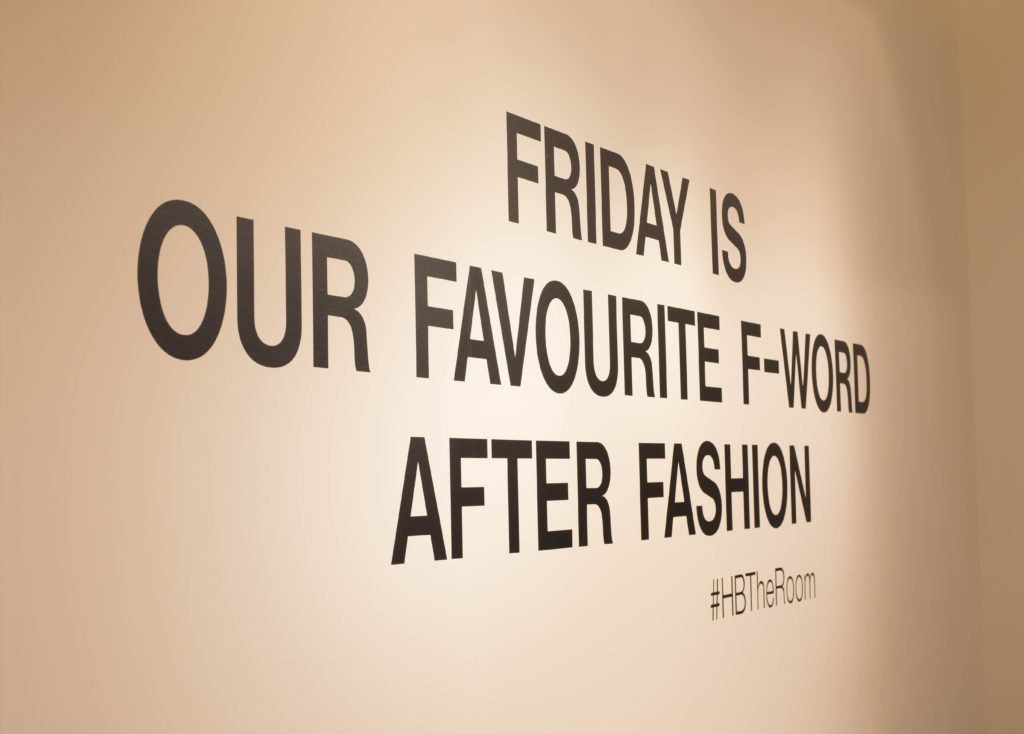 So what exactly went down during this fashionable celebration? The entire second, third, and fourth floors of HBC were sectioned off for the evening and almost every nook and cranny of the store had a trendy booth set up with a designated theme. Some highlights included the Aperol Spritz bar, photo booth, denim customization station (denim pieces purchased on site could be personally monogrammed), a candy bar, marinated poke bowl station, ice cream sandwich bar, and macaron station – where you could get almond flour macarons with customized graphics lazered onto the shell! There was even a fashion illustration booth where famous fashion illustrator, Danielle Meder, created a custom illustration for you. Believe it or not, the list goes on… 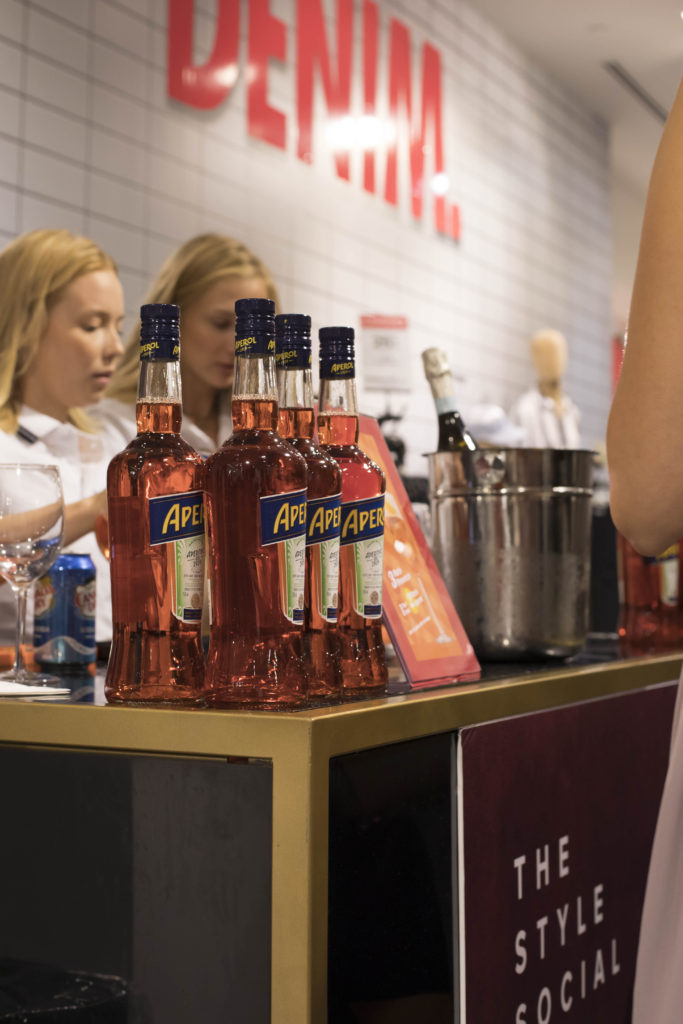 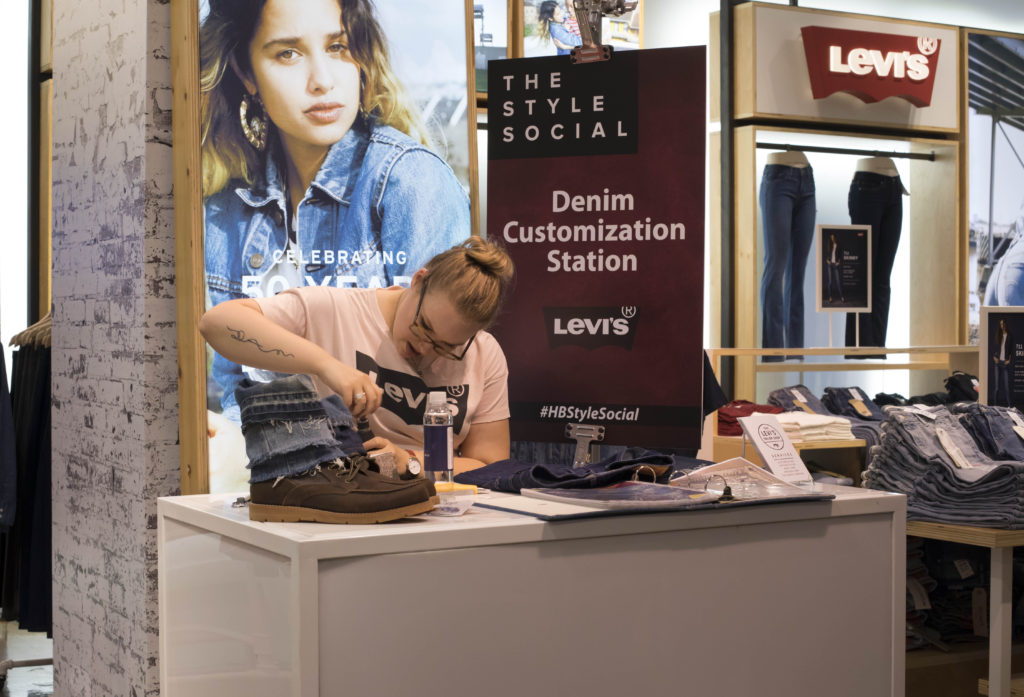 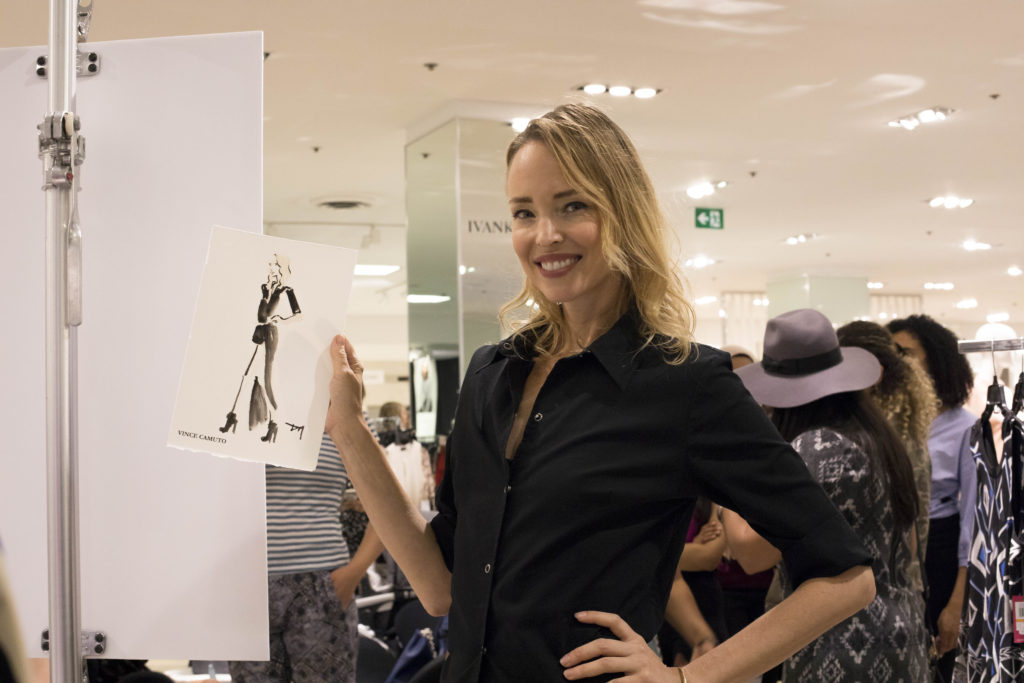 All through the building women were dressed to the nine’s in chic leopard prints, sequins, and all black ensembles. It was like a candy store for the eyes. The Bay also made the guests’ visit worth their while by offering special sales throughout the evening, which meant a little bit of shopping was in order. Some of the most noteworthy brands for us included Open Ceremony, Rachel Comey, and Alexander Wang. We were in fashion heaven! 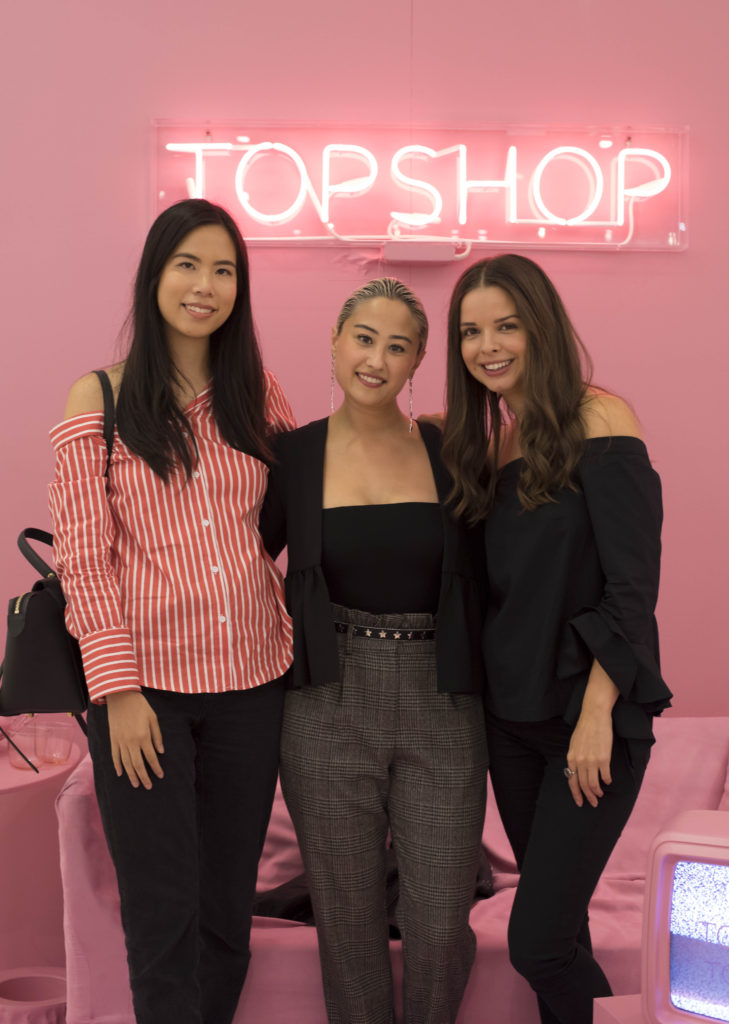 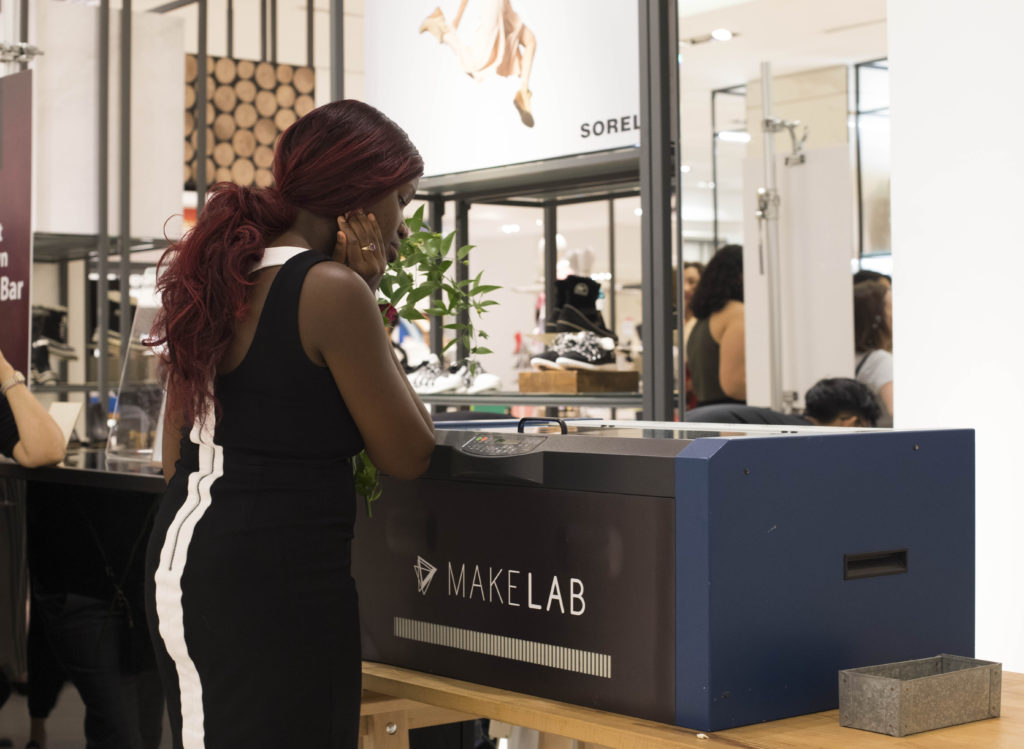 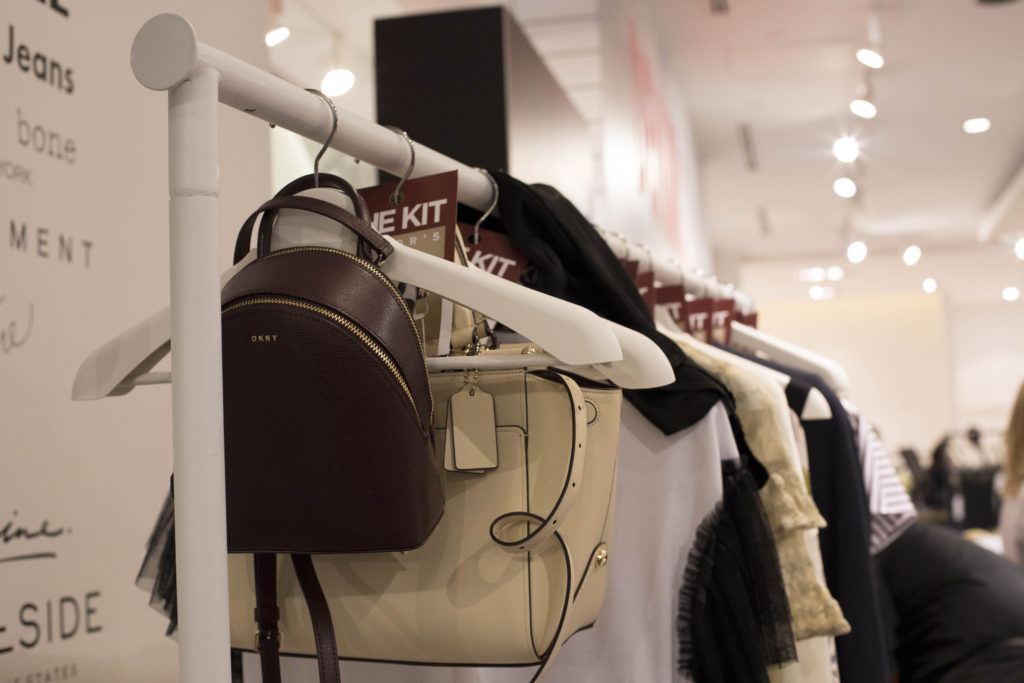 And to top it all off Jillian Vieira, fashion editor at The Kit led a female focused panel discussion. We loved hearing from lady bosses such as April Brown, owner of the oh-so-chic, June Motel, Laurie Campbell, the woman in charge of bringing the amazing boutique workout classes, Barry’s Bootcamp to Canada, and big name social media star and blogger, Jodie Lopez, who founded her own brand and website, Jodi Blk. 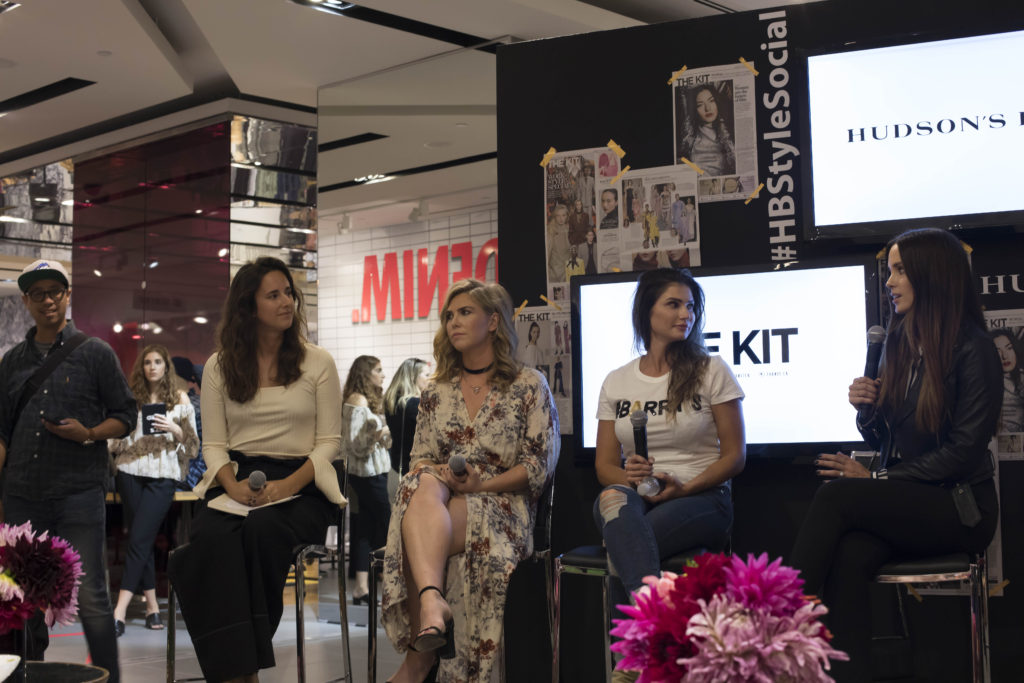 It was interesting to hear that back in January 2016, April ( of June Motel), was actually working for a PR agency in Toronto and never dreamed of being a motelier. She told the story of how her business partner mentioned an old motel in passing, and she immediately thought they had to buy it. This spontaneous decision led her to renovate, decorate, and recreate the motel to make it the perfect spot for weekend getaways. Being a millennial herself she knows all about the impact of a chic pink aesthetic and the motel is decked out in everything the m-generation is loving right now.  The pink, funky, neon lighted signs and retro style furniture sprinkled throughout the motel just beg to be photographed. It was April’s idea to add neon signs as art pieces in her motel even before the style blew up on Instagram and became super widespread, which makes her a total trendsetter. In fact: 90% of her guests book their stay because they’ve come across her motel on social media, which means this lady is doing something right.

From the Panel: Thoughts on Failure

Jillian asked each woman on the panel about their opinion on failure and what scares them about it. Laurie’s answer really resonated with me. She explained that as a business women some things don’t always turn out the way you want, but instead of dwelling on it, you should learn from your mistakes and use your failure to adjust your expectations for next time. This was great advice to give, and was helpful especially for the students in the room who are going to be stressing about the upcoming school year.

Jodie also had an interesting answer to the same question, that was slightly different. She explained that we should change the way we think about failure because it is impossible to live life without failing. She believes that failing allows you to learn important lessons and therefore grow as a person. To quote her directly, “every set back is an opportunity for a comeback”. Yes Jodie yes! – we wholeheartedly agree.

What Women Bring to Business

To talk a little more about girl power, Jillian asked the hard hitting question, what unique qualities do women bring to a business?

Laurie’s answer was my fav, and the room agreed with her. She said “women are amazing at bringing communities together and are also excellent communicators”. To put this quote in my own words I would say, women get shit done!

All the ladies in the room were so inspired by the panel and it was an amazing atmosphere to hear from these spectacular women about all their hard work in the industry. All guests, women and men alike, received some great business advice and I don’t know about you, but now I’m even more excited to kick off the new semester!

To check out other cool events involving The Kit this month, check out this post.