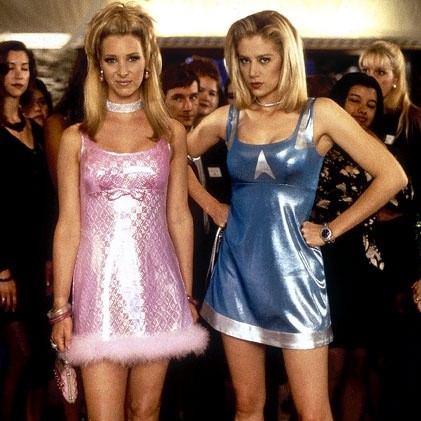 With the winter season in full effect, often we find our fashion sense takes a hit as we succumb to the dreariness and chill of the time of year. Luckily, inspiration can come from anywhere – especially from film – and with vintage fashion coming back into style, now is the time to curl up with some popcorn and watch (or rewatch) your favourite throwback films. Here’s a list of some iconic style movies and characters to get you started on your fashion inspiration quest.

While you may not agree about the wear-ability of Andie’s grandma chic outfits throughout the movie, you’ve got to admire her ability to pull together a fully cohesive outfit from pretty much nothing. Even if you’re not inspired to try out some of her looks for yourself, try channeling some of her confidence next time you’re considering an outfit that’s a bit out of the ordinary. 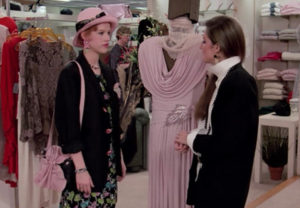 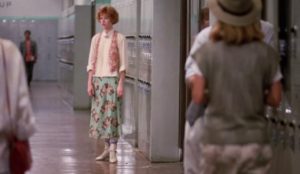 Julia Roberts as Vivian in Pretty Woman is one of the first to come to mind when thinking of fashionable movie characters. She has such a variety of looks throughout the film, it’s easy to find something you can relate to. Her thigh-high boots and cutouts in the beginning of the movie, and her subsequent 180 into evening gowns and white gloves is proof that you don’t have to stick to just one style. 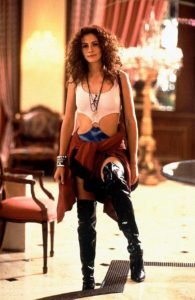 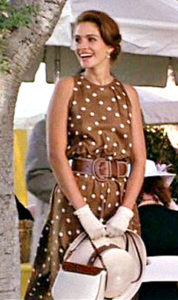 Probably one of the most iconic movie looks of all time, Uma Thurman’s Mia rocking a men’s white dress shirt has become a classic look over the years. Paired with cropped black pants, this is an easy but timeless ensemble that anyone can pull off. 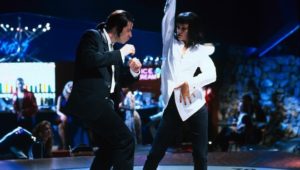 It’s hard to make a list of stylish movies and not include Clueless – Cher has kind of become a style icon of the time – especially her yellow plaid suit. However with Cher’s overpowering personality, it’s easy to overlook some of the rest of the character’s ensembles so don’t forget to pay attention to the rest of the girls from Bronson Alcott High School. Special shoutout to Dionne’s floral crop top and skirt from the San Fernando Valley party and those monochromatic gym clothes. 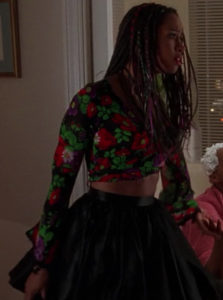 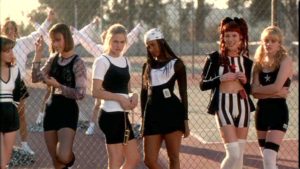 This fantasy/thriller movie features some great 90’s style inspiration. There’s a really great grunge-y take on the preppy style trend which results in some great outfits combing two big 90s styles. The craft is definitely a good place to find some inspiration for your looks. 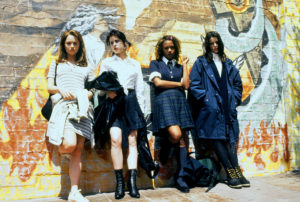 Okay, so technically not a movie but you’ve got to admit that nothing says 90s style quite like Rachel Green. Ever since she first burst onto the screen in her wedding dress Rachel has been providing us with style influence from knee-high boots, to a long sleeved shirt under spaghetti straps and everything in between. Throughout the 9 year run of the show Rachel is definitely one to watch for style inspiration. 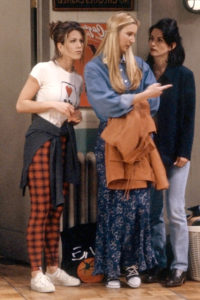 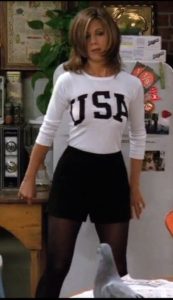 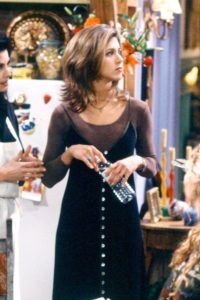 Romy and Michelle, crazy as they may seem, should definitely be included when discussing style icons. Their – often matching – crop tops, miniskirts, and fur trimmed pieces are exciting and colourful, which is perfect inspiration to switch things up in your wardrobe. 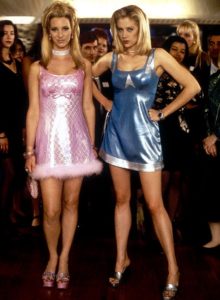 Amidst her run as the ever-stylish Buffy, Sarah Michelle Gellar also won our fashion senses as Kathryn in Cruel Intentions. Her upscale sophisticated style is prim and lady-like – in direct contrast to her character – which is perhaps what makes these looks so memorable.  Whatever the reason, there is definitely inspiration to be drawn from the style in this movie. 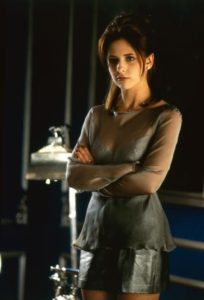 Again not a movie but Lindsay’s iconic green cargo jacket is another look that can’t go unmentioned. The laid-back, casual styles throughout the one season of this show are a 90’s take on 80’s style resulting in some cool vintage fashion inspiration. 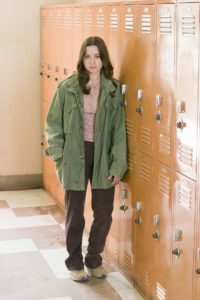 Speaking of iconic looks, the yellow tracksuit that The Bride sports throughout the Kill Bill series is such a standout look. While you might be hesitant to commit to head to toe yellow, a monochromatic look definitely makes a statement. 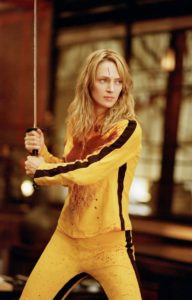 A quintessential 2000’s teen movie, Lindsay Lohan’s Anna’s punk-ish style is definitely to be remembered. The cargo pants, baseball tees, and studded belts are sure inspiration for throwback style. 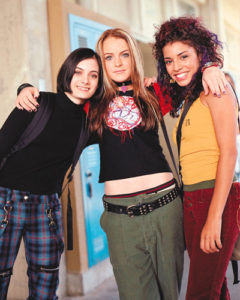